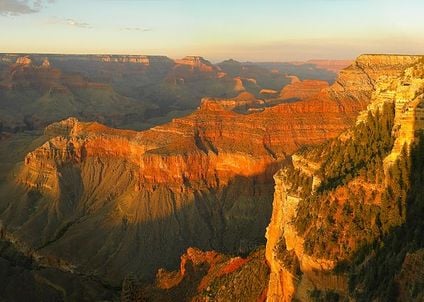 This page is the beginnings of a portal for United States community action. The majority of our information about this is collated via our place pages. Please see the right hand side menus for our place, topic, resource and news articles.

Blue Frontier Campaign, marine conservation activist organization which has established a nationwide network of grassroots (the marine conservation community or Blue Movement calls this 'seaweed') lobbyists. It is campaigning for an American Oceans Act to protect what the members call "our public seas" and is working to improve ocean policies in the 23 coastal states of the United States. Blue Frontier supports maritime community activists by distributing model policies and practices. W

United We Serve, an official website of the U.S. Government - Volunteering and Civic Life in America

The Unsung Role That Ordinary Citizens Played in the Great Crime Decline, Nov 9 [2]

A potlatch is a gift-giving feast practiced by indigenous peoples of the Pacific Northwest Coast of Canada and the United States, among whom it is traditionally the primary economic system. Since the practice was de-criminalized in the post-war years, the potlatch has re-emerged in some communities. [6]

Active Living By Design, creates community-led change by working with local and national partners to build a culture of active living and healthy eating.

‘It can be difficult—if not impossible—to find fresh, affordable healthy food in many urban and rural low-income communities. One way to make fresh produce more accessible is to encourage alternative retail outlets, such as farmers’ markets, farm stands, and community supported agriculture (CSA) programs, where farmers can sell their produce directly to consumers.’

BALLE, Business Alliance for Local Living Economies - Community-Wealth.org, a project of Democracy Collaborative - Institute for local self reliance, nonprofit organization and advocacy group that provides technical assistance to communities about local solutions for sustainable community development in areas such as banking, broadband, energy, and waste through local purchasing. The organization was founded in 1974. ILSR has two main offices, one in Washington, D.C., and the other in Minneapolis, Minnesota.

The 1990 edition of the Whole Earth Catalog summarized ILSR's mission as follows: “ILSR specializes in urban community economic development that isn't dependent on welfare handouts. Unlike many similar organizations, they develop clever technical solutions to problems - they've been particularly successful in material recovery and other schemes to reduce waste. Their experience and thoroughly professional demeanor, together with a Washington DC location, has enabled them to be influential in policy decisions.” W

Nov 8 Joe’s not sleepy, but he should wake up to American localism [9]

Community Greens are multi-functional spaces for gardening, recreation, and leisure which provide social, economic, and environmental benefits to urban residents. Communities that create backyard commons have increased interaction with neighbors throughout the planning and implementation process, which results in a stronger overall sense of community. Other social benefits include decreased crime from having more eyes on the street and having safe places for children to play and adults to relax. Community Greens, like other types of urban green spaces, significantly improve the ecological functioning of urban habitats. Vegetation and permeable pavement slows stormwater runoff and allows for groundwater recharge. This in turn reduces pollutant loads being carried to nearby waterbodies during storm events. Urban environments are often significantly warmer than outlying suburbs, mostly due to the prevalence of low-albedo concrete surfaces. City trees mitigate this heat island effect and cool the urban microclimate through shading and evapotranspiration. When neighbors take down their fences, backyards are transformed from fragmented habitats to connected corridors for urban wildlife. City dwellers recognize value in green space, often simply from an aesthetic standpoint, and this is reflected through increased property values. W

Wikipedia: Recycling in the United States: In 2012 the recycling rate in US was 23.8%. Since there is no national law that mandates recycling, state and local governments often introduce recycling requirements. A number of U.S. states, including California, Connecticut, Delaware, Hawaii, Iowa, Maine, Massachusetts, Michigan, New York, Oregon, and Vermont have passed laws that establish deposits or refund values on beverage containers while other jurisdictions rely on recycling goals or landfill bans of recyclable materials.

How To Start A Tool Library (or any other type of Lending Library), Share Starter

S400: Bringing Community to the Micro-level – The Opportunities of Urban Cohousing, 2012 March 5, citytank.org

Strike Fast Food, Low Pay Is Not OK - We Are Visible, empowering the homeless via social media

Resilience Circles are small groups where people come together to increase their personal security through learning, mutual aid, social action, and community support.

Mar 26 The benefit workers want most is less work [11]

Tree City USA is a tree planting and tree care program sponsored by the Arbor Day Foundation for cities and towns in the United States. List of Tree Cities USA

OpenPlans (Wikipedia) non-profit technology based advocacy organization which aims to help to open up government and improve transportation systems.

KaBOOM!, national non-profit dedicated to bringing balanced and active play into the daily lives of all kids, particularly those growing up in poverty

Sierra Club, environmental organization in the United States, founded in 1892, in San Francisco; article includes section on Criticism and Controversy