From Appropedia
Redirected from Wisconsin 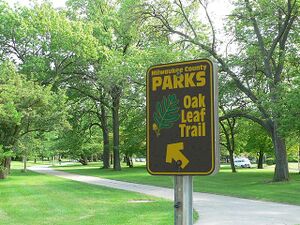 The bulk of Wisconsin's population live in areas situated along the shores of Lake Michigan. The largest city, Milwaukee, anchors its largest metropolitan area, followed by Green Bay and Kenosha, the third- and fourth-most-populated Wisconsin cities respectively. The state capital, Madison, is currently the second-most-populated and fastest-growing city in the state. Wisconsin is divided into 72 counties and as of the 2020 census had a population of nearly 5.9 million.

Wisconsin's geography is diverse, having been greatly impacted by glaciers during the Ice Age with the exception of the Driftless Area. The Northern Highland and Western Upland along with a part of the Central Plain occupy the western part of the state, with lowlands stretching to the shore of Lake Michigan. Wisconsin is third to Ontario and Michigan in the length of its Great Lakes coastline. The northern portion of the state is home to the Chequamegon-Nicolet National Forest.

According to the United States Environmental Protection Agency, "Wisconsin's climate is changing. In the past century, most of the state has warmed about two degrees (F). Heavy rainstorms are becoming more frequent, and ice cover on the Great Lakes is forming later or melting sooner. In the coming decades, the state will have more extremely hot days, which may harm public health in urban areas and corn harvests in rural areas". W

Urban Ecology Center, nonprofit organization in Milwaukee, Wisconsin. Their mission is to educate the Milwaukee community about the environment, conservation, sustainability, and other issues related to urban ecology, as well as to preserve and protect the natural areas in the city. The organization is headquartered in the Riverside Park neighborhood. There are two other branches: the Washington Park branch which opened in 2007 and the Menomonee Valley branch which opened in 2012.

Allied Community Co-op is the first Mutual Aid Network pilot site. It's where some of the organization's fundamental ideas were born. Located in a food desert with little infrastructure (no school, grocery store, library, or neighborhood center), the Allied Co-op is working to bring a food buying club and a cooperatively-owned grocery store to the neighborhood.

The Social Justice Center, a multi-stakeholder nonprofit building in Madison's affluent East Side, is a convening partner in exploring Madison's second Mutual Aid Network pilot, which will be an inter-city partnership connecting Allied Co-op and many other local stakeholders in a network of resource-sharing and exchange initiative designed to create more equitable distribution of existing resources across the city.[1]

The cities of Wisconsin have been active in increasing the availability of legislative information on the internet, thereby providing for greater government transparency. Currently three of the five most populous cities in Wisconsin provide their constituents with internet-based access of all public records directly from the cities' databases. Wisconsin cities started to make this a priority after Milwaukee began doing so, on their page, in 2001. One such city, Madison, has been named the Number 1 digital city by the Center for Digital Government in consecutive years.[2]

Page data
Retrieved from "https://www.appropedia.org/w/index.php?title=Wisconsin_community_action&oldid=668100"
Cookies help us deliver our services. By using our services, you agree to our use of cookies.
Categories:
About Appropedia · Policies · Contact · Content is available under CC-BY-SA-4.0 unless otherwise noted.