From Appropedia
Redirected from Texas 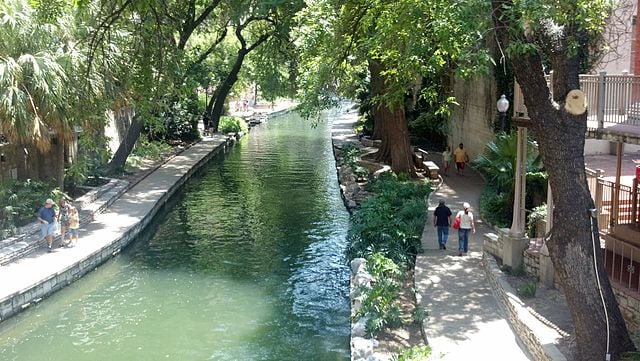 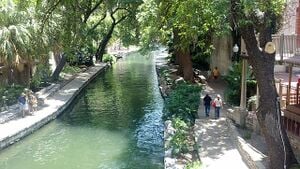 Texas (, also locally ; Spanish: Texas, Tejas) is a state in the South Central region of the United States. At 268,596 square miles (695,662 km2), and with more than 29.1 million residents in 2020, it is the second-largest U.S. state by both area (after Alaska) and population (after California). Texas shares borders with the states of Louisiana to the east, Arkansas to the northeast, Oklahoma to the north, New Mexico to the west, and the Mexican states of Chihuahua, Coahuila, Nuevo León, and Tamaulipas to the south and southwest; and has a coastline with the Gulf of Mexico to the southeast.

Houston is the most populous city in Texas and the fourth-largest in the U.S., while San Antonio is the second most populous in the state and seventh-largest in the U.S. Dallas–Fort Worth and Greater Houston are, respectively, the fourth- and fifth-largest metropolitan statistical areas in the country. Other major cities include Austin, the second most populous state capital in the U.S., and El Paso. Texas is nicknamed the "Lone Star State" for its former status as an independent republic, and as a reminder of the state's struggle for independence from Mexico. The "Lone Star" can be found on the Texas state flag and on the Texas state seal. The origin of Texas's name is from the Caddo word táyshaʼ meaning 'friends'.

Due to its size and geologic features such as the Balcones Fault, Texas contains diverse landscapes common to both the U.S. Southern and the Southwestern regions. Although Texas is popularly associated with the U.S. southwestern deserts, less than ten percent of Texas's land area is desert. Most of the population centers are in areas of former prairies, grasslands, forests, and the coastline. Traveling from east to west, one can observe terrain that ranges from coastal swamps and piney woods, to rolling plains and rugged hills, and finally the desert and mountains of the Big Bend.

The term "six flags over Texas" refers to several nations that have ruled over the territory. Spain was the first European country to claim and control the area of Texas. France held a short-lived colony. Mexico controlled the territory until 1836 when Texas won its independence, becoming the Republic of Texas. In 1845, Texas joined the union as the 28th state. The state's annexation set off a chain of events that led to the Mexican–American War in 1846. A slave state before the American Civil War, Texas declared its secession from the U.S. in early 1861, and officially joined the Confederate States of America on March 2 of the same year. After the Civil War and the restoration of its representation in the federal government, Texas entered a long period of economic stagnation.

Historically, four major industries shaped the Texas economy prior to World War II: cattle and bison, cotton, timber, and oil. Before and after the U.S. Civil War, the cattle industry—which Texas came to dominate—was a major economic driver for the state, and created the traditional image of the Texas cowboy. In the later 19th century, cotton and lumber grew to be major industries as the cattle industry became less lucrative. It was ultimately, though, the discovery of major petroleum deposits (Spindletop in particular) that initiated an economic boom which became the driving force behind the economy for much of the 20th century. Texas developed a diversified economy and high tech industry during the mid-20th century. As of 2015, it is second in the United States with most Fortune 500 company headquarters with 54. With a growing base of industry, the state leads in many industries, including tourism, agriculture, petrochemicals, energy, computers and electronics, aerospace, and biomedical sciences. Texas has led the U.S. in state export revenue since 2002, and has the second-highest gross state product. If Texas were a sovereign state, it would have the 10th-largest economy in the world.

From Wikipedia:Climate change in Texas § Austin

Austin developed the Austin Community Climate Plan in 2015 with goals to become carbon neutral in 2050. The plan details numerous actions that should be taken by the Electricity and Natural Gas, Transportation and Land Use, and Material and Waste Management Sectors to reduce greenhouse gases. It also identifies how different members of the community can fit in to this plan and what benefits it could provide to them such as lower energy costs and enhanced public transportation options.

From Wikipedia:Climate change in Texas § Houston

Houston initiated the Houston Climate Action Plan on April 22, 2020 with the goal set by the Paris Climate Agreement to become carbon neutral by 2050. The plan has four focus areas: transportation, energy transition, building optimization, and materials management. They hope that the plan will provide other benefits besides reducing emissions such as savings from energy efficiency and less traffic congestion.

From Wikipedia:Climate change in Texas § Dallas

Dallas initiated the Dallas Comprehensive Environmental and Climate Action Plan on May 27, 2020 with the goal to reduce greenhouse gas emissions by 43% by 2030 and be carbon neutral by 2050. The plan outlines eight focus areas to reach its goals: renewable energy, energy efficient building construction, access to sustainable transportation, zero waste, water resource protection, green spaces, access to healthy and local food, and clean air. Through partnerships, grants and loans, legislation, green bonds, voluntary participations, and incentives, the city of Dallas plans to implement its proposed actions. However, teaching knowledge, leadership and policies are still lacking in the climate education system in Dallas–Fort Worth metroplex. Therefore, more approaches about climate education such as teacher professional development courses, community service learning as well as museum exhibits are encouraged over the region to improve public awareness about climate change.

San Antonio adopted the city's first Climate Action and Adaption Plan (CAAP) on October 17, 2019. As one of the fastest growing city in the U.S., San Antonio has been taking actions to reduce greenhouse gases and prepare for climate change. To achieve goals of climate change mitigation and climate change adaptation, a report about CAAP was developed by the local government to promote sustainable development.

From Wikipedia:Solar power in Texas

Solar power in Texas, a portion of total energy in Texas, includes utility-scale solar power plants as well as local distributed generation, mostly from rooftop photovoltaics. The western portion of the state especially has abundant open land areas, with some of the greatest solar and wind potential in the country. Development activities there are also encouraged by relatively simple permitting and significant available transmission capacity.

From Wikipedia:Wind power in Texas

Wind power in Texas, a portion of total energy in Texas, consists of over 150 wind farms, which together have a total nameplate capacity of over 30,000 MW (as of 2020). If Texas were a country, it would rank fifth in the world: The installed wind capacity in Texas exceeds installed wind capacity in all countries but China, the United States, Germany and India. Texas produces the most wind power of any U.S. state. According to the Electric Reliability Council of Texas (ERCOT), wind power accounted for at least 15.7% of the electricity generated in Texas during 2017, as wind was 17.4% of electricity generated in ERCOT, which manages 90% of Texas's power. ERCOT set a new wind output record of nearly 19.7 GW at 7:19 pm Central Standard Time on Monday, January 21, 2019.

The wind resource in many parts of Texas is very large. Farmers may lease their land to wind developers, creating a new revenue stream for the farm. The wind power industry has also created over 24,000 jobs for local communities and for the state. Texas is seen as a profit-driven leader of renewable energy commercialization in the United States. The wind boom in Texas was assisted by expansion of the state’s Renewable Portfolio Standard, use of designated Competitive Renewable Energy Zones, expedited transmission construction, and the necessary Public Utility Commission rule-making.

San Antonio has about 136 miles (219 km) of bike lanes, routes or off-road paths. Off-road trails travel along the San Antonio River, linear greenways, or city parks. Although largely disconnected, the progress to create a bicycle-friendly environment was recognized when San Antonio was designated a bronze-level "Bicycle Friendly Community" in 2015 by the League of American Bicyclists.

A bike sharing service was approved by the city council on June 17, 2010. The initial program consisted of 140 bikes at 14 locations supported by a "central hub". It is expected to serve both residents and visitors. San Antonio Bike Share, a non-profit, was formed to oversee the operation, locally operated and maintained by Bike World. B-Cycle, the same system used in Denver, supplies the bike share system. It began operation in March 2011.

Power of Ten, Map Your Ideas to Re-Imagine the Heart of San Antonio

The Hope for Lasting Change from a South Dallas Mobile Food Park, Apr 7 [1]

This is what America's eco city of the future looks like, Oct 16 [5]

Texas Campaign for the Environment