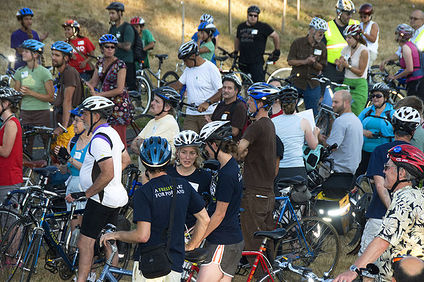 Oregon has been home to many Indigenous nations for thousands of years. Because of its diverse landscapes and waterways, Oregon's economy is largely powered by various forms of agriculture, fishing, and hydroelectric power. Technology is another one of Oregon's major economic forces, beginning in the 1970s with the establishment of the Silicon Forest, a nickname for the cluster of high-tech companies located in the Portland metropolitan area. W

Please see our Local communities in Oregon pages, where of course you can share any more information you may have about local sustainability initiatives.

Solar power in Oregon has been growing in recent years due to new technological improvements and a variety of regulatory actions and financial incentives enacted by the state government.

— From Wikipedia:Solar power in Oregon

Energy Trust of Oregon is an independent nonprofit organization based in Portland, Oregon that helps utility customers in Oregon benefit from efficient energy use and generating renewable energy . Energy Trust offers services, cash incentives and other energy solutions to customers of Portland General Electric, Pacific Power, NW Natural, Cascade Natural Gas and Avista in Oregon and customers of NW Natural in Washington.

— From Wikipedia:Energy Trust of Oregon

The U.S. state of Oregon has large wind energy resources. Many projects have been completed, most of them in rural Eastern Oregon and near the Columbia River Gorge. Wind power accounted for 12.1% of the electricity generated in Oregon in 2016.

— From Wikipedia:Wind power in Oregon

The Oregon Bicycle Bill (ORS 366.514) is transportation legislation passed in the U.S. state of Oregon in 1971. It requires the inclusion of facilities for pedestrians and bicyclists wherever a road, street or highway is being constructed or reconstructed and applies to the Oregon Department of Transportation (ODOT) as well as Oregon cities and counties.

The law requires that in any given fiscal year, a minimum of 1% of the state highway fund received by the ODOT, a city or county is used to provide walkways and bikeways located within the right-of-way of public roads, streets or highways open to motor vehicle traffic.

Cycle Oregon is a week-long recreational bicycle ride held annually in different parts of the U.S. state of Oregon. It is also the name of a non-profit corporation established in 1991 to manage the event. More than a thousand riders participate every year and are supported by vans, meals and facilities.

Lost Valley Educational Center is an intentional community and ecovillage located on 87 acres (350,000 m2) acres of mostly forested land in Dexter, Oregon, United States, approximately 18 miles (29 km) southeast of Eugene. The center was founded in 1989 and is located on the grounds of the old headquarters of the Shiloh Youth Revival Centers.