From Appropedia
Redirected from Alaska 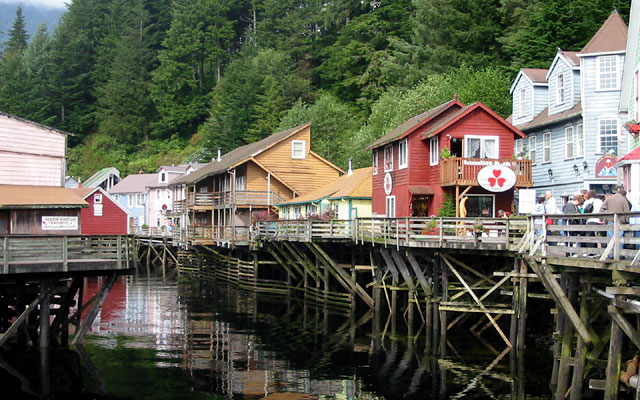 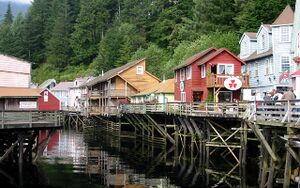 Alaska ( (listen) ə-LAS-kə; Russian: Аляска, romanized: Alyaska; Aleut: Alax̂sxax̂; Inupiaq: Alaaskaq; Alutiiq: Alas'kaaq; Yup'ik: Alaskaq; Tlingit: Anáaski) is a state located in the Western United States on the northwest extremity of North America. A semi-exclave of the U.S., it borders the Canadian province of British Columbia and the Yukon territory to the east; it also shares a maritime border with the Russian Federation's Chukotka Autonomous Okrug to the west, just across the Bering Strait. To the north are the Chukchi and Beaufort Seas of the Arctic Ocean, while the Pacific Ocean lies to the south and southwest.

Alaska is by far the largest U.S. state by area, comprising more total area than the next three largest states (Texas, California, and Montana) combined. It represents the seventh-largest subnational division in the world. It is the third-least populous and the most sparsely populated state, but by far the continent's most populous territory located mostly north of the 60th parallel, with a population of 736,081 as of 2020—more than quadruple the combined populations of Northern Canada and Greenland. Approximately half of Alaska's residents live within the Anchorage metropolitan area. The state capital of Juneau is the second-largest city in the United States by area, comprising more territory than the states of Rhode Island and Delaware. The former capital of Alaska, Sitka, is the largest U.S. city by area.

The indigenous population of Alaska is proportionally the highest of any U.S. state, at over 15 percent. Close to two dozen native languages are spoken, and Alaskan Natives exercise considerable influence in local and state politics.

Alaska can save its economy and environment by investing in renewable energy. What are we waiting for? Feb 22[1]

What rural Alaska can teach the world about renewable energy, Mar 6[2]

Alaska's quest to power remote villages - and how it could spread clean energy worldwide, August 14[3]

Page data
Retrieved from "https://www.appropedia.org/w/index.php?title=Alaska_community_action&oldid=667937"
Cookies help us deliver our services. By using our services, you agree to our use of cookies.
Categories:
About Appropedia · Policies · Contact · Content is available under CC-BY-SA-4.0 unless otherwise noted.