From Appropedia
Redirected from Florida 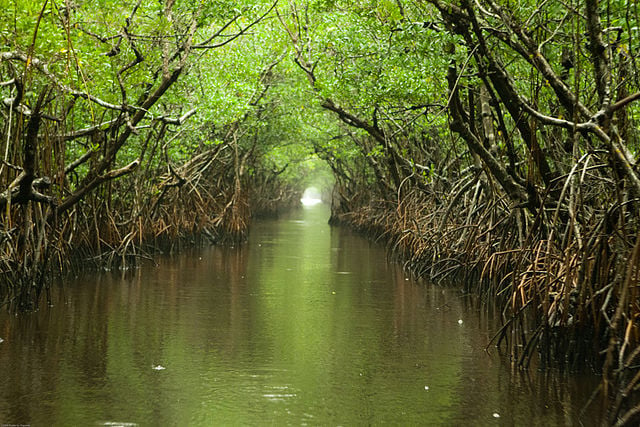 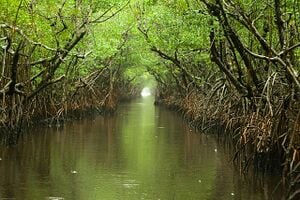 Florida is a state located in the Southeastern region of the United States. Florida is bordered to the west by the Gulf of Mexico, to the northwest by Alabama, to the north by Georgia, to the east by the Bahamas and Atlantic Ocean, and to the south by the Straits of Florida and Cuba; it is the only state that borders both the Gulf of Mexico and the Atlantic Ocean. Spanning 65,758 square miles (170,310 km2), Florida ranks 22nd in area among the 50 states, and with a population of over 21 million, is the third-most populous. The state capital is Tallahassee and the most populous city is Jacksonville. The Miami metropolitan area, with a population of almost 6.2 million, is the most populous urban area in Florida and the ninth-most populous in the United States; other urban conurbations with over one million people are Tampa Bay, Orlando, and Jacksonville.

From Wikipedia:Climate change in Florida

The effects of Climate change in Florida is attributable to man-made increases in atmospheric carbon dioxide. Floridians are experiencing increased flooding due to sea level rise, and are concerned about the possibility of more frequent or more intense hurricanes.

The state has been described as America's "ground zero" for climate change, global warming and sea level rise, because "the majority of its population and economy is concentrated along low-elevation oceanfront."

Florida residents think climate change is happening at higher rates than the national average. However, only a slim majority agree it is anthropogenic in nature. Some communities in Florida have begun implementing climate change mitigation approaches; however, statewide initiatives have been hampered by the politicization of climate change in the United States, focusing on resilience rather than full scale mitigation and adaptation.

Pensacola has formed a Climate Mitigation and Adaptation Task Force which meets monthly.

Orlando Mayor Buddy Dyer was "one of the nation's first mayors to sign onto the Climate Mayors' Pledge." Orlando plans to convert its city vehicle fleet to alternative fuels by 2030.

Sarasota's Climate Adaption and Mitigation Center has been funded to work on "a curated database of peer-reviewed science to inform decision-making in academia, government and the private sector."

In North Central Florida, where climate change denial is stronger, climate change efforts were starting to be visible in 2020 in Gainesville, Alachua County, St. Augustine and Jacksonville.

The South Florida Sun Sentinel, Miami Herald and Palm Beach Post, along with WLRN Public Media, have formed a collaboration to cover climate change issues. The collaboration provides news and feature coverage, and a website created by its editorial boards titled: The Invading Sea, Florida and the Climate Crisis.

The Florida Center for Environmental Studies at Florida Atlantic University has formed a Integrative Collaborative on Climate and Energy (ICCE) focused on issues of climate adaptation in Florida's urban and natural systems. Partners include the Florida Climate Initiative, the University of South Florida, and various government agencies.

Miami has been described as "ground zero" for climate change and sea level rise." The Miami-Dade County Office of Resilence has implemented climate programs and a Climate Action Plan, and there is a Sea Level Rise Committee. Protecting the water supply and the Biscayne Aquifer is a priority.

Polls show that 66% to 80% percent of Floridians think that climate change is occurring. W

Restoration of the Everglades[edit | edit source]

From Wikipedia:Restoration of the Everglades

An ongoing effort to remedy damage inflicted during the 20th century on the Everglades, a region of tropical wetlands in southern Florida, is the most expensive and comprehensive environmental repair attempt in history. The degradation of the Everglades became an issue in the United States in the early 1970s after a proposal to construct an airport in the Big Cypress Swamp. Studies indicated the airport would have destroyed the ecosystem in South Florida and Everglades National Park. After decades of destructive practices, both state and federal agencies are looking for ways to balance the needs of the natural environment in South Florida with urban and agricultural centers that have recently and rapidly grown in and near the Everglades.

In response to floods caused by hurricanes in 1947, the Central and Southern Florida Flood Control Project (C&SF) was established to construct flood control devices in the Everglades. The C&SF built 1,400 miles (2,300 km) of canals and levees between the 1950s and 1971 throughout South Florida. Their last venture was the C-38 canal, which straightened the Kissimmee River and caused catastrophic damage to animal habitats, adversely affecting water quality in the region. The canal became the first C&SF project to revert when the 22-mile (35 km) canal began to be backfilled, or refilled with the material excavated from it, in the 1980s.

When high levels of phosphorus and mercury were discovered in the waterways in 1986, water quality became a focus for water management agencies. Costly and lengthy court battles were waged between various government entities to determine who was responsible for monitoring and enforcing water quality standards. Governor Lawton Chiles proposed a bill that determined which agencies would have that responsibility, and set deadlines for pollutant levels to decrease in water. Initially the bill was criticized by conservation groups for not being strict enough on polluters, but the Everglades Forever Act was passed in 1994. Since then, the South Florida Water Management District (SFWMD) and the U.S. Army Corps of Engineers have surpassed expectations for achieving lower phosphorus levels.

A commission appointed by Governor Chiles published a report in 1995 stating that South Florida was unable to sustain its growth, and the deterioration of the environment was negatively affecting daily life for residents in South Florida. The environmental decline was predicted to harm tourism and commercial interests if no actions were taken to halt current trends. Results of an eight-year study that evaluated the C&SF were submitted to the United States Congress in 1999. The report warned that if no action was taken the region would rapidly deteriorate. A strategy called the Comprehensive Everglades Restoration Plan (CERP) was enacted to restore portions of the Everglades, Lake Okeechobee, the Caloosahatchee River, and Florida Bay to undo the damage of the past 50 years. It would take 30 years and cost $7.8 billion to complete. Though the plan was passed into law in 2000, it has been compromised by political and funding problems.

The Comprehensive Everglades Restoration Plan (CERP) is the plan enacted by the U.S. Congress for the restoration of the Everglades ecosystem in southern Florida.

Florida is a low per capita energy user. It is estimated that approximately 4% of energy in the state is generated through renewable resources.[1] Florida has abundant sunshine, but mixed in with average utility rates gets an average time to pay back on solar.[2]

The recycling rate in Florida is estimated at 28% in 2000. In 2008, The Energy, Climate Change, and Economic Security Act of 2008 set a goal of progressively improving recycling to reach a 75 percent rate by the year 2020.

The three-degree world: cities that will be drowned by global warming, Nov 3[5]

Historic Northwest Rising: A Lesson in Inclusive Community Activism, May 2[7]

Nonprofit Org Creates Urban Oasis in Miami Where All Have Access to Locally Grown Food, Oct 31[9]

From Wikipedia:Environmental issues in Florida

There are a number of environmental issues in Florida. A large portion of Florida is a biologically diverse ecosystem, with large wetlands in the Everglades. Management of environmental issues related to the everglades and the larger coastal waters and wetlands have been important to the history of Florida and the development of multiple parts of the economy of Florida, including the influential agricultural industry. This biodiversity leaves much of Florida's ecological ecosystem vulnerable to invasive species and human sources of industrial pollution and waste.

Much of Florida has an elevation of less than 12 feet (3.7 m), including many populated areas. Therefore, it is susceptible to rising sea levels associated with global warming. The Atlantic beaches that are vital to the state's economy are being washed out to sea due to rising sea levels caused by climate change. The Miami beach area, close to the continental shelf, is running out of accessible offshore sand reserves. Elevated temperatures can damage coral reefs, causing coral bleaching. The first recorded bleaching incident on the Florida Reef was in 1973. Incidents of bleaching have become more frequent in recent decades, in correlation with a rise in sea surface temperatures. White band disease has also adversely affected corals on the Florida Reef. W

The environmental impact of agriculture, especially water pollution, is a major issue in Florida today. W

Page data
Retrieved from "https://www.appropedia.org/w/index.php?title=Florida_community_action&oldid=667942"
Cookies help us deliver our services. By using our services, you agree to our use of cookies.
Categories:
About Appropedia · Policies · Contact · Content is available under CC-BY-SA-4.0 unless otherwise noted.