From Appropedia
Redirected from Georgia 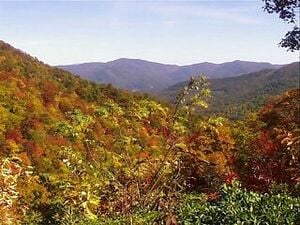 Georgia is a state in the Southeastern region of the United States, bordered to the north by Tennessee and North Carolina; to the northeast by South Carolina; to the southeast by the Atlantic Ocean; to the south by Florida; and to the west by Alabama. Georgia is the 24th-largest state in area and 8th most populous of the 50 United States. Its 2020 population was 10,711,908, according to the U.S. Census Bureau. Atlanta, a "beta(+)" global city, is both the state's capital and its largest city. The Atlanta metropolitan area, with a population of more than 6 million people in 2020, is the 9th most populous metropolitan area in the United States and contains about 57% of Georgia's entire population.

Georgia is defined by a diversity of landscapes, flora, and fauna. The state's northernmost regions include the Blue Ridge Mountains, part of the larger Appalachian Mountain system. The Piedmont plateau extends from the foothills of the Blue Ridge south to the Fall Line, an escarpment to the Coastal Plain defining the state's southern region. Georgia's highest point is Brasstown Bald at 4,784 feet (1,458 m) above sea level; the lowest is the Atlantic Ocean. With the exception of some high-altitude areas in the Blue Ridge, the entirety of the state has a humid subtropical climate. Of the states entirely east of the Mississippi River, Georgia is the largest in land area.

Climate change in Georgia encompasses the effects of climate change, attributed to man-made increases in atmospheric carbon dioxide, in the U.S. state of Georgia.

Studies show that Georgia is among a string of "Deep South" states that will experience the worst effects of climate change, with effects including "more severe floods and drought", and higher water levels "eroding beaches, submerging low lands, and exacerbating coastal flooding".

The United States Environmental Protection Agency states: "In the coming decades, Georgia will become warmer, and the state will probably experience more severe floods and drought. Even today, more rain is falling in heavy downpours, and sea level is rising about one inch every decade. ... Like other southeastern states, Georgia has warmed less than most of the nation during the last century. But during the next few decades, the changing climate is likely to harm livestock, increase the number of unpleasantly hot days, and increase the risk of heat stroke and other heat-related illnesses".

Four of Georgia's protected areas are part of the Carolinian-South Atlantic Biosphere Reserve. They are:

The protected areas of Georgia cover almost one million acres (4,000 km2) of the state. These areas are managed by different federal and state level authorities and receive varying levels of protection. Some areas are managed as wilderness while others are operated with acceptable commercial exploitation. On the Federal level, Georgia contains 1 Biosphere Reserve, 15 National Park Service Managed Sites, 1 National Forest and 8 Wildlife Refuges. Georgia is home to 63 state parks, 48 of which are state parks and 15 that are National Historic Sites, and many state wildlife preserves, under the supervision of the Georgia Department of Parks and Recreation, a division of the Georgia Department of Natural Resources.

Atlanta has a reputation as the "city in a forest" due to its abundance of trees, unique among major cities. The city's main street is named after a tree, and beyond the Downtown, Midtown, and Buckhead business districts, the skyline gives way to a dense canopy of woods that spreads into the suburbs. The nickname is factually accurate, as the city's tree coverage percentage is at 36%, the highest out of all major American cities, and above the national average of 27%.[1]

The Atlanta BeltLine (also Beltline or Belt Line) is a 22 miles (35 km) open and planned loop of multi-use trail and light rail transit system on a former railway corridor around the core of Atlanta, Georgia. The Atlanta BeltLine is designed to reconnect neighborhoods and communities historically divided and marginalized by infrastructure, improve transportation, add green space, promote redevelopment, create and preserve affordable housing, and showcase arts and culture. The project is in varying stages of development, with several mainline and spur trails complete and others in an unpaved, but hikeable, state. Since the passage of the More MARTA sales tax in 2016, construction of the light rail streetcar system is overseen by MARTA in close partnership with Atlanta BeltLine, Inc.

Atlanta wants to cover a major highway with a High Line-style garden, Sep 23 [4]

Page data
Retrieved from "https://www.appropedia.org/w/index.php?title=Georgia_community_action&oldid=649562"
Cookies help us deliver our services. By using our services, you agree to our use of cookies.
Categories:
About Appropedia · Policies · Contact · Content is available under CC-BY-SA-4.0 unless otherwise noted.