From Appropedia
Redirected from Medical device

Legislation in the EU[edit | edit source]

In order to ensure a high level of protection of human health and safety and the smooth functioning o the internal market the EU harmonised rules relating to the safety and performance of medical devices. This happened in the 1990s and was based on the New Approach.

The core directives are:

Over the course of time these 3 core directives has been modified and corrected several times.

All firms related to the production and import of medical devices sold in the United States are regulated by a special department of a federal agency of the United States Department of Health and Human Services named FDA (Food and Drug Administration). FDA's Center for Devices and Radiological Health (CDRH) is also responsible for radiation-emitting electronic products like x-ray systems and lasers.

The US regulates medical devices by classifying them into Class I, II, and III.

Medical devices are rated by their potential risk from Class I (low) to Active Implantable Medical Device (AIMD, high). The Regulations require a sponsor to determine the correct risk classification of its medical devices.

Medical technologies benefit the lives of people in many ways. Through the use of such technologies, people can live healthier, more productive and independent lives. Many individuals who previously may have been chronically ill, disabled, or suffering chronic pain can now look forward to leading normal or close-to- normal lives.

Here are just a few examples:

In the treatment of cardiovascular disease, the use of coronary stents - artificial tubes used in cases of coronary heart disease to keep the arteries open – have halved the number of those dying from heart attacks or suffering heart failure. Patients with an Implantable Cardioverter Defibrillator (ICD) – a small device implanted for those at risk of sudden cardiac death – now have a 98% chance of surviving a cardiac arrest, compared with only 5% without the implantable device.

For those who suffer from diabetes– a disease which is becoming increasingly common, and which places a substantial burden on health systems –now have access to very accurate blood glucose monitoring technologies. This means that they can monitor on a daily basis and control their condition much more effectively, sharply reducing the risk of suffering the common but debilitating complications of diabetes, such as blindness and peripheral nerve damage.

Those people undergoing surgical procedures also benefit from the ongoing advances in medical technology. The minimally-invasive surgical techniques which are now used to treat aneurysms can mean a recovery time of around four weeks, compared with over a year for older procedures. Using new medical technologies, endometrial ablation, as an alternative to hysterectomy, has a recovery time of just two to four days; the alternative needed six to eight weeks. 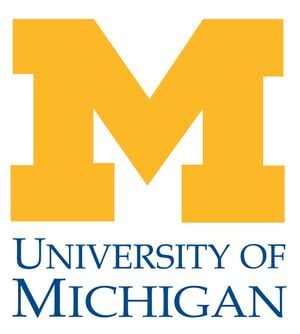 The Global Health Medical Device Compendium is an inventory of medical devices designed for use and/or implemented within resource-limited settings. The compendium is sortable by health topic (e.g., Malaria and HIV/AIDS), classification (i.e., Preventative, Diagnosis or Treatment), scope (i.e., Prototype, Clinical trial, Commercialized) and location (by continent).

Page data
Retrieved from "https://www.appropedia.org/w/index.php?title=Medical_devices&oldid=671364"
Cookies help us deliver our services. By using our services, you agree to our use of cookies.
Categories:
About Appropedia · Policies · Contact · Content is available under CC-BY-SA-4.0 unless otherwise noted.