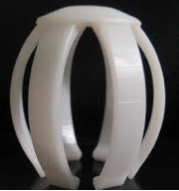 It has been shown that male circumcision can reduce the transmission of HIV/AIDS by up to 60% (WHO/UNAIDS 2010). Therefore, international organizations such as the World Health Organization (WHO) and the Joint United Nations Program on HIV/AIDS (UNAIDS) have been promoting male circumcision as a safe intervention in regions with a high rates of HIV such as sub-Saharan Africa. International organizations and African Ministries of Health are seeking ways to increase the safety of traditional male circumcision (TMC), of which often involve a ceremony symbolizing a rite of passage or a solidified identity with a tribe (ibid). There have been efforts to increase training in the procedure and for the distribution of clean tools (bandages, blades, cotton and string) since there have been issues with sanitation, obtaining adequate materials and proper healing.

This device is still in the prototype stage.

The Bill and Melinda Gates Foundation.