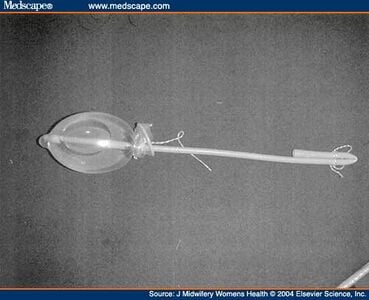 A rubber catheter is used to insert a normal condom into the uterus. It is then inflated with 250-300 ml of isotonic saline solution until the bleeding is controlled. To retain the saline, the proximal end of the catheter is folded and tied with thread. Rolled gauze is packed in the vagina to keep the condom from moving (Akhter).