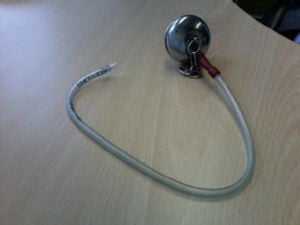 Complications can occur during childbirth and this leads to a need for instrumented delivery. While instrumented delivery is a way of assisting the mother to delivery her baby, this can cause additional complications. One such complication is obstructed labor, when the head of the fetal baby does not enter the birth canal when a mother is giving birth. When this occurs, either or both the mother and the fetus can die. Studies have shown that nearly one-fifth of maternal deaths in developing countries are a result of obstructed labor, especially in Africa, where an estimated 45% of pregnancy complications are associated with this complication. In the developing world, properly conducted instrumented deliveries can save the lives of both mother and child.

The Burnell Ventouse is a revolutionary, innovative product that decreases the complications that occur during assisted natural births. It functions through a tool called the ventouse, a cup that attaches to a baby’s head through suction. Because of the suction, the baby can then be pulled into the birth canal, and helps avoid emergency surgeries during labor. The Burnell Ventouse is a promising invention for hospitals and clinics in the developing countries because of its low cost of production and simplicity in use.

Since 2008, researchers were in the process of seeking ethical approval for the trial with the first pending trial to be conducted in Rwanda.

Funds were provided by NESTA (website here) and the National Endowment for Science, Technology and the Arts.