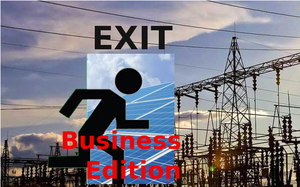 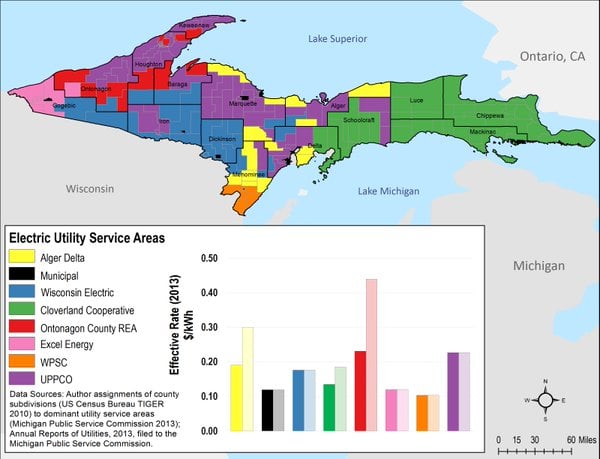 Grid-tied solar photovoltaic (PV) systems enable lower cost electricity for small and medium size enterprises (SMEs) than they are currently paying for grid electricity in the U.S. These economic realities threaten conventional electric utilities, which have begun manipulating rate structures to reduce the profitability of distributed generation (DG), as well as putting arbitrary caps on DG in their service territories. SMEs may reduce electricity costs, if they can grid defect with hybrid captive power systems made up of solar, battery and generator subsystems. This paper analyzes the technical and economic viability for hybrid solar systems deployed in the commercial sector to enable self-generation. Specifically, for the first time, the economics of grid defection are analyzed for three case studies of SMEs in the northern U.S., which represent a challenging technical case because of long dark winters, but also have high utility costs. The results of the simulations make it clear that grid defection is already viable for SMEs with the current prices for all components in the solar hybrid system. These results were consistent across scale, load-profile, and utility rate. These economic projections included no government incentives or subsidies and can thus be considered extremely conservative for the specific case studies. Policy changes are discussed for electric utilities to avoid the potential of a utility death spiral in this and similar performing locations.