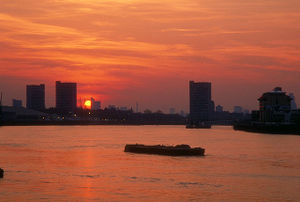 This page is the beginnings of a portal for UK community action in response to Climate emergency. The majority of our information about this is collated via our place pages ...Near you. See Climate action for a topic overview.

This article would be improved by an appropriate photo or image.

Climate emergency centres are about a coming together and building of relationships in a common space, sharing resources, skills and ideas to build community resilience and adaption to multiple social and environmental crises. 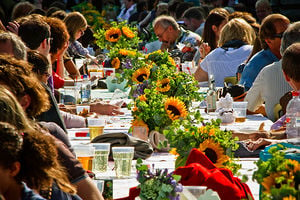 This article is an offshoot or our Citizens' assembly page. It is also related to our XR and future democracy article, which is why it might seem a little UK-centric.

The term climate assembly is used here to mean any citizens assembly considering, either exclusively or otherwise, a response to climate change or climate emergency.

The list could be expanded to include also peoples' assemblies, or other gatherings, for example of the kinds listed on the Future Democracy Hub happening in response to climate emergency.

1. That the UK government immediately promises to fully fund and take responsibility for the insulation of all social housing in Britain by 2025;

2. That the UK government immediately promises to produce within four months a legally binding national plan to fully fund and take responsibility for the full low-energy and low-carbon whole-house retrofit , with no externalised costs, of all homes in Britain by 2030 as part of a just transition to full decarbonisation of all parts of society and the economy. [1] 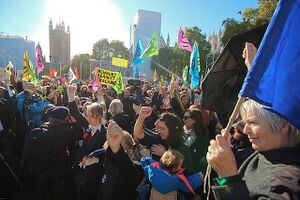 Extinction Rebellion was established in the United Kingdom in May 2018 with about one hundred academics signing a call to action in support in October 2018, and launched at the end of October by Roger Hallam, Gail Bradbrook, Simon Bramwell, and other activists from the campaign group Rising Up!.

Citing inspiration from grassroots movements such as Occupy, Gandhi's Satyagraha, the suffragettes, Gene Sharp, Martin Luther King and others in the civil rights movement, Extinction Rebellion wants to rally support worldwide around a common sense of urgency to tackle climate breakdown.

The movement uses a circled hourglass, known as the Extinction Symbol, to serve as a warning that time is rapidly running out for many species. Special Note: This is an abbreviated version of the introductory text from Wikipedia's article. You are encouraged to read the full version. W See also next section.

Households Declare!, from Architects Climate Action Network. Time for every UK household to declare a climate emergency! Sign the letter to Alok Sharma. Check out the resources section of their website. added 16:25, 16 August 2021 (UTC)

Rising Tide UK is the United Kingdom part of the International Rising Tide Network, both of which were created in 2000 to carry out direct action against the root causes of climate change, and to work towards a fossil fuel free future. RTUK takes a no-compromise position and believes that only the complete dismantling of the fossil fuel industry and a shift to low consumption lifestyles will be sufficient to halt climate change. Rising Tide UK is formed of regional and local groups in the UK, and supports networks of similar groups around the country. Actions carried out by Rising Tide UK groups range from protests and street-theatre style events, to mass occupations of petrol stations, and blockades of key fossil fuel industrial sites. W

November 29, 2015 People’s Climate March, London
For the love of