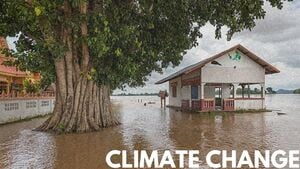 Climate change is a significant and lasting change in the Earth's climate over an extended period. In this article we discuss the impact of a rise in the average temperature of the Earth's atmosphere and oceans from the 19th century to the present.[1] Climate change is expected to have far greater negative effects on developing countries than on developed countries due to numerous factors including exposure to extreme weather and infrastructure considerations. 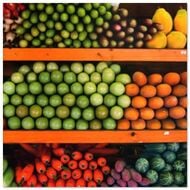 Although the existence of the greenhouse effect has been largely understood since 1896,[2] there are still a tiny minority of scientists who remain critical of specifics written in some reports of the IPCCW and other organizations. These so-called climate change skepticsW are generally misinformed or are deliberately attempting to create doubt and uncertainty about the science.

Certain politicians, lobbyists and economists refer to disinformation from climate change 'skeptics' for their own advantage, portraying an image that climate change does not exist, poses but a minor problem, or may even be beneficial so as to be able to prevent action to reduce greenhouse gases (mostly resulting from the burning of fossil fuels). The GWPF in the UK is an example of a political lobbying group, which is secretly funded by fossil fuel interests.Guardian article on the secret funding of the GWPF

Although climate change itself has been proven, uncertainties still exist regarding predicting the effects. The IPCC is highly confident that impacts will increase as greenhouse gases and associated positive feedback effects kick in (e.g. methane release from melting permafrost, changing albedo), though their severity and the timescales may differ to some extent. Examples of impacts include:

The term "climate change" is often used to describe the impact of human-caused pollution on the earth's climate, but is important to understand that climate change is also caused by natural phenomena.

The earth's climate is subject to large fluctuations. The climate is dominated by ices ages,[10] which reduce the earth's surface temperature and cover large parts of the surface in ice sheets. There have only been five ice ages to date, that have lasted from 30 million up to 300 million years. The most recent one occurred during to "Quaternary", which started about 2.5 million years ago and is still lasting. In between ice ages, the poles are not covered by glaciers and the temperature is higher. The climate is quite stable in these periods, however during ice ages strong variations occur. These variations are called glacial (cold) and interglacial (hot) periods.[11] Glacial and interglacial periods alternate every 5,000-15,000 years. The current interglacial period started 14,000 years ago.

Several options are available to reduce the impacts of a changing climate. Most of these (the most efficient ones) are lifestyle changes (i.e. stop the burning of fossil fuels, stop eating meat, etc.) and can be put in place today. We also do not need to wait for any specific technology to become available. Rather, the essential technology is already here today. Politicians often portray a different picture but it is rarely based in reality. Selected options include:

The IPCC already considers a 2°C temperature rise to be almost inevitable. In addition, it also advises the use of most other measures, yet stays critical of geoengineering options, due to the risks involved.

The change in temperature and weather has a huge impact on wildlife which can become dangerous if the change stays the same. Even the minor change of temperature can lead to earlier hatching of insects or melting of snow which protects snow rabbits from their natural hunters. These effects cause problems like insect overpopulation or too few surviving rabbits to reproduce sustainably. The insects are dangerous because they consume crops and other plants and in huge amounts, they are even able to consume a whole field of possible food. Because this problem is getting bigger and even endangers species and if it goes on like this many species will die out and even our own food capacity may shrink exponentially.

Earth is called the blue planet because approximately 72 percent of it is covered by oceans. The oceans influence the weather on local to global scales, while changes in climate can fundamentally alter many properties of the oceans.

As water gets warmer, it takes up more space. Each drop of water only expands by a little bit, but when you multiply this expansion over the entire depth of the ocean, it all adds up and causes sea levels to rise. But that's not the only cause of the rise of sea level. The rise of sea level also caused by the melting of glaciers and polar ice caps and ice loss from Greenland and West Antarctica.

Ocean acidification is the ongoing decrease in ocean pH caused by human CO2 Emission. Ocean pH has decreased by about 30% already and if we continue emitting CO2 at the same rate by 2100 ocean acidity will increase by about 150%, a rate that has not been experienced for at least 400,000 years. Such a monumental alteration in basic ocean chemistry is likely to have wide implications for ocean life, especially for those organisms that require calcium carbonate to build shells or skeletons.

Through rising temperatures resulting in a shift of climate zones forces species to adapt to the new climatic conditions. By a rapidly increased temperature, the risk for especially plants not to find areas with suitable living conditions early enough is higher. Observations of several species conclude that they are moving their ranges polewards to keep up with the changing climate.