Polarity refers to DC power - one of the conductors is positive (+) one is negative (- 'ground' on the controller board). Steps where polarity is a consideration are noted - pay close attention and make sure that the positive and negative conductors are in the correct locations before applying power to the printer! 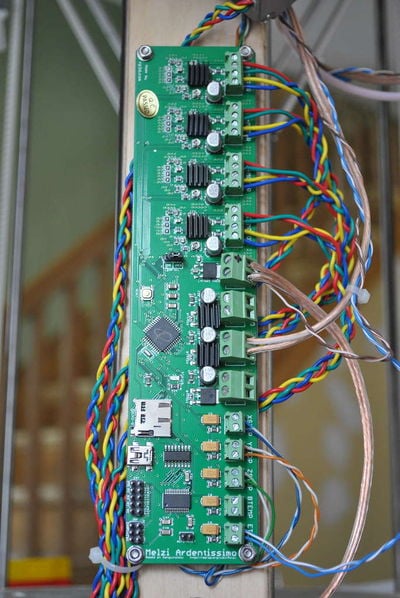 Tandem Build MOST Delta navigation
Person 1
Person 2
More
Page data
Retrieved from "https://www.appropedia.org/w/index.php?title=Delta_Wiring:MOST&oldid=636299"
Cookies help us deliver our services. By using our services, you agree to our use of cookies.
Categories:
Maintenance categories:
About Appropedia · Policies · Contact · Content is available under CC-BY-SA-4.0 unless otherwise noted.