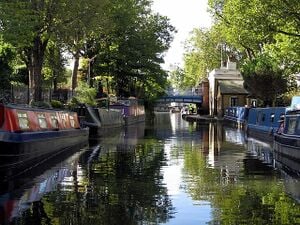 This article focuses on information specific to United Kingdom. Please see our Sustainable transport activism page for a topic overview.

Car, bike, train, or walk: how people get to work mapped, theguardian.com, 2011 Census data, including by location

Per person, Britons emit more from flying than any other people else on the planet (603kg per person per year, compared to 434kg for Irish and 275 kg for Americans) while in the UK aviation accounts for 13 per cent of the country's entire climate impact (Source: Green values: consumers and branding - TGI consultants; 13 per cent figure from Gillian Merron in answer to parliamentary question 26 April 2007.) - a figure that is growing fast. [1]

The Association of Community Rail Partnerships (ACoRP) supports its fifty or so member CRPs and also offers assistance to voluntary station friends groups that support their local stations through the station adoption scheme. Since 2005 the Department for Transport has formally designated a number of railway lines as community rail schemes in order to recognise the need for different, more appropriate standards than are applied to main line railway routes, and therefore make them more cost effective. W