Scotland (Scots: Scotland, Scottish Gaelic: Alba [ˈal̪ˠapə] (listen)) is a country that is part of the United Kingdom. Covering the northern third of the island of Great Britain, mainland Scotland has a 96-mile (154 km) border with England to the southeast and is otherwise surrounded by the Atlantic Ocean to the north and west, the North Sea to the northeast and the Irish Sea to the south. The country also contains more than 790 islands, principally in the archipelagos of the Hebrides and the Northern Isles. Most of the population, including the capital Edinburgh, is concentrated in the Central Belt – the plain between the Scottish Highlands and the Southern Uplands – in the Scottish Lowlands.

Scotland is divided into 32 administrative subdivisions or local authorities, known as council areas. Glasgow City is the largest council area in terms of population, with Highland being the largest in terms of area. Limited self-governing power, covering matters such as education, social services and roads and transportation, is devolved from the Scottish Government to each subdivision. Scotland is the second largest country in the United Kingdom, and accounted for 8.3% of the population in 2012. 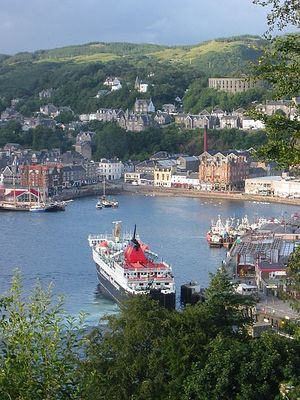 Please see our Local communities in Scotland pages, where of course you can share any more information you may have about local sustainability initiatives.

Scotland’s Outlook Scottish charities campaign to "shine a light on the scale and impact of the poverty crisis in our communities."

Paths for All - Transform Scotland, registered charity based in Edinburgh (charity number 041516). They campaign on issues regarding sustainable transport, encouraging improved transport policies and practice. The organisation is made up of 63 member groups, including those from the private, public and voluntary sectors. Transform Scotland works closely with their sister organisation in England and Wales, Campaign for Better Transport (CBT). - Traveline Scotland, plan any public transport journey within Scotland

Reforesting Scotland is a membership organisation concerned with the ecological and social regeneration of Scotland. It aims to significantly increase the forested areas of the country.

Trees for Life is a registered charity working to rewild the Scottish Highlands.

The Caledonian Forest once covered a large area of the Highlands of Scotland as extensive stands of majestic Scots pine, interspersed with birch, rowan, juniper and aspen trees, but is now reduced to about 2% of its former extent. Through planting native species of trees, removing non-native species and fencing seedlings to protect them from overgrazing by deer and sheep, Trees for Life aims to help the natural regeneration of the forest. Its long-term goal is to create a fully restored, healthy ecosystem, with the reintroduction of missing species of wildlife, such as the beaver, wild boar, lynx and wolf.

The vast majority of its work is carried out by volunteers. By engaging people from diverse backgrounds, it aims to achieve a powerful and educational experience that will promote the work of restoration to wider audiences and lead to increased support for the return of the forest and its species.

— From Wikipedia:Trees for Life (Scotland)

Findhorn Ecovillage is an experimental architectural community project based at The Park, in Moray, Scotland, near the village of Findhorn. The project's main aim is to demonstrate a sustainable development in environmental, social, and economic terms. Work began in the early 1980s under the auspices of the Findhorn Foundation but now includes a wide diversity of organisations and activities. Numerous different ecological techniques are in use, and the project has won a variety of awards, including the UN-Habitat Best Practice Designation in 1998.

An independent study concludes that the residents have the lowest ecological footprint of any community measured so far in the industrialised world and is also half of the UK average. Although the project has attracted some controversy, the growing profile of environmental issues such as climate change has led to a degree of mainstream acceptance of its ecological ethos.