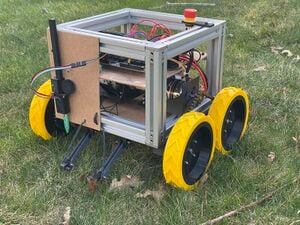 The objective of the Growbot is to create an open-source autonomous robot that will aid in the farming process and provide a platform that can be used for other purposes as seen fit.

The goal of this project is to manufacture a robot, about 1 cubic foot in size, that can automate the process of farming most garden crops. This would include tilling and planting the seeds, maintaining constant moisture and nutrient levels, and weeding around the plant. The robot will be made of 3D printed and easy to source components making it low-cost and available to be assembled by most home users. The Growbot will be a time-saver for users and make sure that plants get the correct amount of water and fertilizer at all times. The Growbot will also be helpful for any homeowner that does small plot farming and has a busy lifestyle. 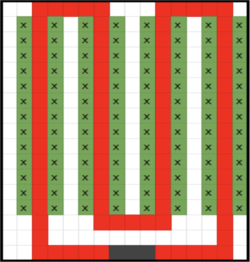 Access to healthy food has become more difficult as unhealthy foods become cheaper and healthy foods become more expensive. The ability for users to grow their own crops is dependent upon how much extra time they may have for gardening. This robot will allow for a busy user to gain access to sustainable, cheap and healthy food right in their backyard. Another issue this robot will solve is taking the guesswork out of gardening by using soil sensors to ensure plants are healthy and receive the correct amount of water and fertilizer.

This robot will allow users access to sustainable foods and maintain the highest quality and quantity of crops that their garden can support. This access to sustainable, healthy food allows users to have the time they need to lead their busy lives as well as consume nutritious food while reducing the amount of waste they produce.

So far, the development of the Growbot has gone as far as an autonomous robot that follows a wire buried in the ground. The bot has a number of sensors that provide feedback to the user through a Web User-Interface. The plans for improvement next semester include a self-charging routine at the home base, the addition of more sensors that aid in the farming process, indication and status lights, and allowing for the User-Interface to command the robot.