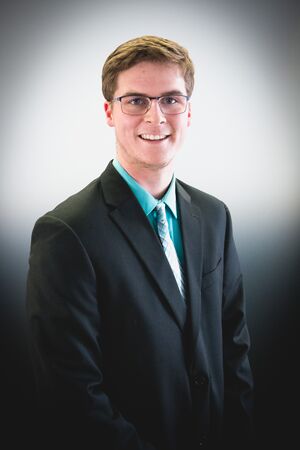 Hello, I am Nicholas Redman. I am currently a junior pursuing a B.S in Mechanical Engineering at Michigan Tech. I enjoy doing any hands on work such as cars or technology such as building desk setup and staying current with technology. I also enjoy a lot of outdoor activities such as snowboarding, hunting, and fishing. OSHE Growbot

I have worked with many different CAD programs and have had some experience printing designed parts. Had two internships one in Quality Engineering and Product Development and gained a lot of experience from these.

This was third semester on the Growbot team as well as in the Open Source Hardware Enterprise. My main tasks this semester were coming up with a waterproofing solution for both the base and the bot, developing an autonomous charging system, and beginning brainstorming ideas on how to implement a function watering system to the bot. I also assisted where and when needed with creating more usable/ functional components on the Bot

Waterproofing: I first needed to define what I considered waterproof to guide my search as well as determine a testing procedure. Upon doing some research and consulting with my team, we determined that IPX5 rating was sufficient. This rating states that the object can withstand a low pressure water jet spray defined as 2.2 - 10 gal/min. A standard hose outputs as 6 - 12 gal/min and assuming no tsunamis or torrential downpours, the bot should withstand any type of water it could be exposed to. My search started with looking for some already created open source solution to waterproofing 3030 Aluminum extrusion. This presented me with one option in which I thought was viable but upon doing a test print and testing it with out extrusion and plexiglass, it was clear that there was not near enough seal to prevent water of any sort. I then thought on my own and came up with a very simple half house sort of design that would be compress between the extrusion and the plexiglass and force the water to runoff the side (Figure 1). Although no testing has been conducted, the seal between the two with the designed component seems promising (Figure 2). This solution will only be viable for the base as it requires the slots of the Aluminum extrusion to be open and the bot uses almost all the slotting for mounting various components. A concreate solution for waterproofing the bot has not been solidified yet but a caulk or tape of some sort will be the first ideas to be tested. 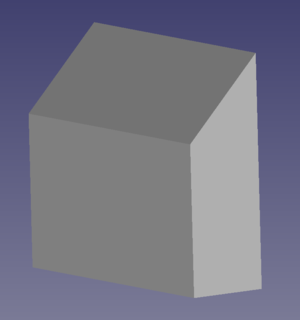 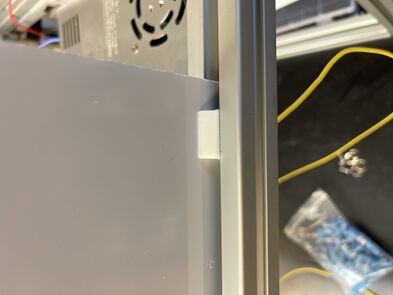 Autonomous Charging Mount: The autonomous charging mount needed to be implemented in order to strive towards making our Growbot fully autonomous. The functionality is just as it sounds being some form of a connection between the base and bot to create a circuit in which charging can occur. This presented many different struggle primarily with a concrete mounting design as well as space constraints. The design went through many iterations until I came to a solid design. This design allows the Growbot to come into the base a certain predefined amount from a specified direction and push up on two prongs (positive and negative) that are held in place by springs to retain tension to complete the circuit and begin charging (Figure 3-5). 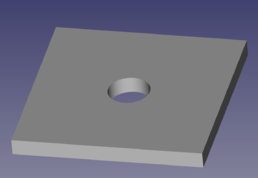 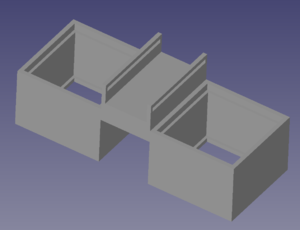 Additional Work: Throughout the semester there were some areas in which needed my assistance for more user friendly/functional parts. The first was a modification to the existing base switch enclosure. Essentially, there was nothing wrong with the current design other than being able to access wires easily. The modified design cut out a portion of the top to allow for hand to maneuver within the enclosure. I also created a top that could be set or screwed in (defined by the user) when the wired are not needing to be accessed (Figure 6). 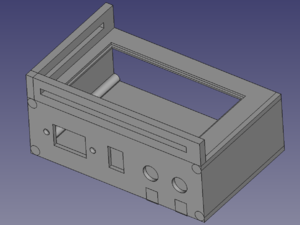 This was my second semester with the enterprise and the Growbot team specifically. My first task was learning much more about FreeCAD in order or more efficiently and effectively develop parts for the Growbot and my team members. I went through a series of tutorial vides on YouTube that walked me through many of the functions of FreeCAD and how to use them. This gave me a much better understanding of the programs as a whole. From here, I picked up where I left off last semester and redesigned the PSU mount to better promote air flow and reduce material. In addition, the new design would be more adaptable to end users as it did not require a specific sized PSU to fit in the mount. With this project now completed it was on to my next task which was coming up with water proofing options. I initially checked around the local area for anything that would be a cost effective option to fit in an aluminum extrusion and hold plexiglass. Unfortunately, there was nothing the local area that would fit our solution and thus my search expanded to the internet. I was able to find some rubber extrusions online meant for aluminum extrusion but I was not able to find one specifically for our cross section. These options also were not going to be the most cost effective thus I am going to look at some bigger hardware stores back at home as they may have more cost efficient or effective solutions. In the meantime, my team members ordered autonomous charging hardware and laser break sensors to initiate charging when the bot enters the base. Thus we required a mounting solution for both of these. I worked with my team members to come up with a design we thought will work with out proposed waterproofing solution. Pictured below are the new PSU mount, initial designs for mounting the autonomous charging hardware as well as laser break sensor mounting. 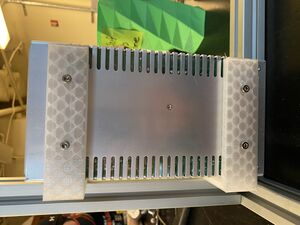 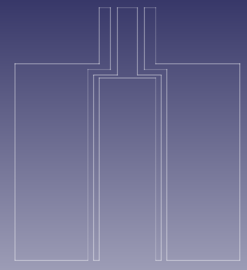 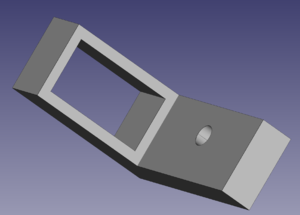 This was my first semester with the enterprise and the Growbot team specifically. My first task was learning about the project background and the end goal of the project. I was not too familiar with open source projects so I dove a little into learning about what the objective of open source was and how it was useful. From there I began to learn some open source CAD software's such as FreeCAD and eventually OpenSCAD. These were a little challenging to learn as they are very different than tradition CAD programs as they are a free alternative for everyone to use and modify themselves. None the less, after time and persistence I was able to again a good understanding of how to uses these programs and was tasked with my first project. This was coming up with a way to hold the wires for the inductor holder closer to avoid catching and lose wires. This was a pretty simple fix is it just required adding a hole to the existing mount for a ziptie to ensure the wires were held close to the mount. Upon completion of design, it was determined that having such long inductor holder may not be necessary and further testing is planned to determine whether this addition will be implemented or not. The next project I had was designing a mounting system for the PSU. This took some brainstorming but a good initial idea was stuck with and designed and printed (Pictured Below). The flaws associated with this airflow, and ease of use. I then opted to look at another design currently in process that will allow more airflow and a more secure mounting system (Pictured Below). Finally, I began looking at potential waterproofing options as this bot will be exposed to all the elements and the components can not get wet. Initial ideas are putting plexiglass inside the aluminum extrusion with some sort of sealant on all the side and on top of the entire bot to prevent pooling and promote runoff to keep components dry.