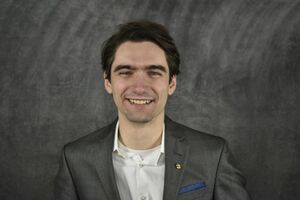 Hello! My name is Isaac Fortier and I am a fourth year undergraduate Electrical and Computer Engineer at Michigan Technological University. I am very interested in microarchitecture and imbedded systems. I joined the Open Source Hardware Enterprise in the latter half of Fall 2020 with the Growbot team. After graduating with my bachelors degree (and potentially a masters), I will pursue a career that can help develop me as a leader in my field and grow the skills I learned while in college.

This semester started off late due to Covid-19 and some miscommunication. Wilson brought me up to speed with where the bot currently sits in terms of our objectives and I familiarized myself with using a raspberry pi during a two week quarantine. During Thanksgiving break and another two week quarantine at home, I went through the process of loading and installing all the software from the Growbot's Github page and updated some of the documentation for clarity. I will be project lead for the coming semester so will hopefully be able to contribute more to this project than was able during the fall. 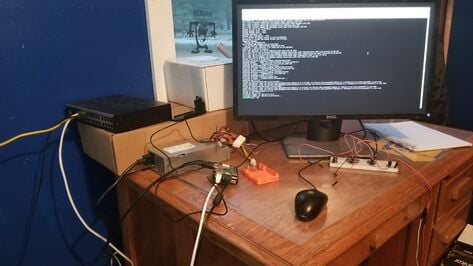 During the spring semester, I took the role of Project Lead which was a demanding role to play as much of the vision of the project was lost in the transition between the last project lead and myself. I lead the team in redefining the goals of the project for the semester and orienting ourselves with the vision of getting the bot to run autonomously along an inductor with autonomous charge completion and depletion detection. During this time, I worked with Wilson to improve the detection of the inductor by the bot to improve the wire following. I then took over the job of getting the bot to autonomously charge itself. To do this, I taught myself USB Protocol and implemented the theory on the charger that is used for charging the batteries used in the bot. Using Wireshark to detect the signals sent between the host and device on a windows machine, Python is then able to send these signals to the charger to implement a form of autonomous detection and initiation of charging on the batteries as needed.

Using the above detection, Python code was constructed with the help of multiple online sources[1][2][3][4][5] to conduct the automatic charging of the battery on the bot. This code is available in the Growbot Github. In the following semester, this code will be implemented and tested on the bot.

Growbot made significant strides this semester compared to the prior semesters during covid with the lab available and covid restrictions being somewhat lifted. This allowed for the team to do much prep work for the eventual autonomous features of the robot to come to a completed state.

Early in the semester, I changed course from constructing the autonomous battery charging feature on the robot from a programmatic assembly to that of a circuit based system. Stress testing was conducted on this system to make sure it was fully functional and void of any defects as one of the boards turned out to be defective after it was connected to the system. 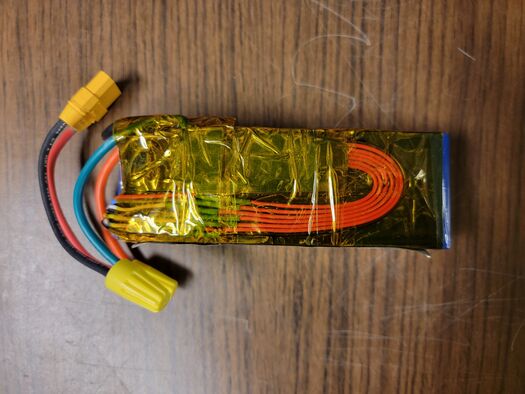 At this point, we got the bot together and along with the code that Wilson had been working on, tested the bot outside with the additions to verify functionality of the features currently on the bot. This provided us a good time to come to a final decision on whether or not to remove the wire following feature. Considering that it was filled with bugs and would not have the functionality we needed in our end vison of the project, I endorsed the idea of dropping it in favor of a complete vision system utilizing the Robotic Operating System(ROS) that would both identify plants and navigate the garden. As we were already making use of some of the features of ros to identify plants, this was decided as the most logical route.

During the later half of the semester, I worked with Wilson to prototype the first version of the Aruco tag detection system through the use of ROS. Getting this to a useable state with individual tags indicating which plant is being represented was the final state of this feature before we moved on to getting a ROS simulation working. For this, Wilson took most of the weight of getting ROS off the ground but I assisted in debugging with Wilson as I got up to speed with where he was at with the program.

This coming Spring, I plan to continue the implementation of ROS with the Aruco tags where we left off from this semester and to get it to a stage where we can test it in an garden like environment with tags indicating plant placement. This in conjunction with where we plan to be with a water reservoir attachment for the bot will be instrumental in getting the current bot features to a MVP state.