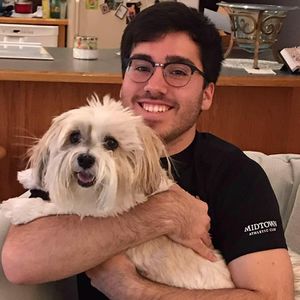 This semester I worked alongside Dylan Mercier and Harris Neil in the early development of the cinematography quadcopter. The goal for this semester was to develop a frame that satisfied all the criteria and begin preparing the wiring harness to go into the drone. While Dylan developed the main CAD components and Harris developed the flight program, I shifted my focus on understanding and developing the correct wiring harness for main power and accessories of the drone. Since the design is based around the usage of an Arduino Uno as the controller, proper power distribution to such unit must be achieved while also properly powering the ESC's and Motors. This was achieved by managing the voltage coming into the board with the use of resistors and and a diode to create the proper voltage drop for the Arduino to manage. The ESCs and motors are directly connected to the battery and are managed through signal directed by the Arduino. The receiver outputs are routed to the PWM pinouts on the Arduino while the IMU inputs are received through the Analog inputs on the board. As a team we reached our goal for the semester of completing CAD of the drone but are still creating the final harness due to wait time on parts and Covid-19 complications. 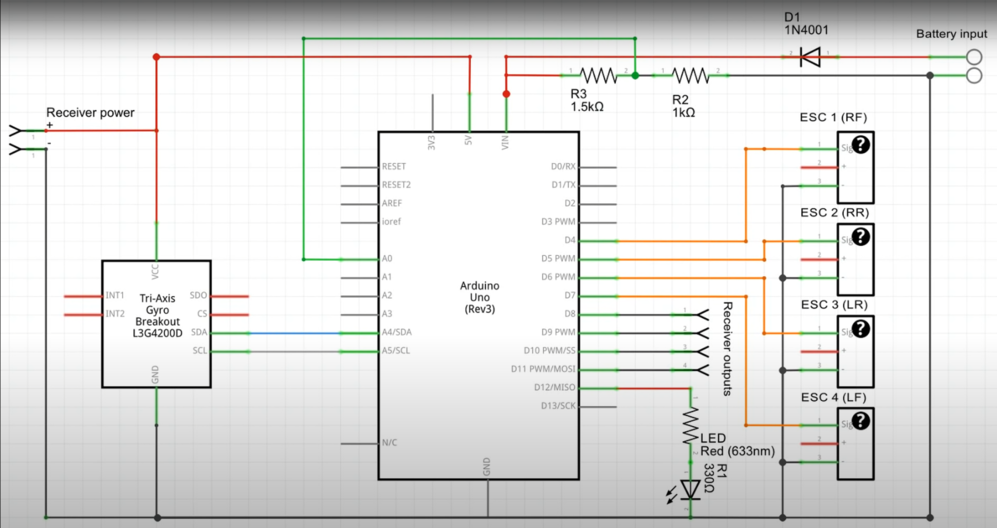 This semester Dylan Mercier and I worked towards finalizing and testing the cinematography quadcopter. I focused my work this semester into the wiring of the drone for all necessary modules and the code developed to drive the motors. A final wiring harness was created to following the schematic in the image below to implement the updated receiver, IMU and motor controllers. Once the harness was implemented and communication between the controller and receiver was established, initial testing was done on the IMU and ESC parameters. The IMU follows an initial calibration procedure that allows for the user to establish the orientation of the drone which is crucial as the IMU has control over the motors for stable hover during flights when user inputs are not being recognized. Following the IMU calibration, parameters for the ESC were set within the GUI developed for the drone. This meant establishing high and low parameters for the Yaw, Pitch, Roll and Throttle so when the drone is armed and active to will not fly away. Following that setup, PID values within the code were adjusted to accommodate for the type of flight being aimed for. The GUI comes with a built in PID monitoring window that allows for on the fly changes to be made, so such was done when the drone was being bench tested. While we did not get to do a full test flight with the drone this semester, my plan for the Spring is to get some test flights done to ensure that we have proper camera stabilization. This will consist of iterating upon those PID gain values to achieve a stable flight and provide a stable image. 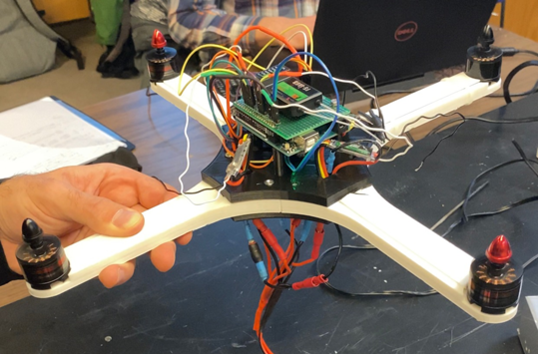 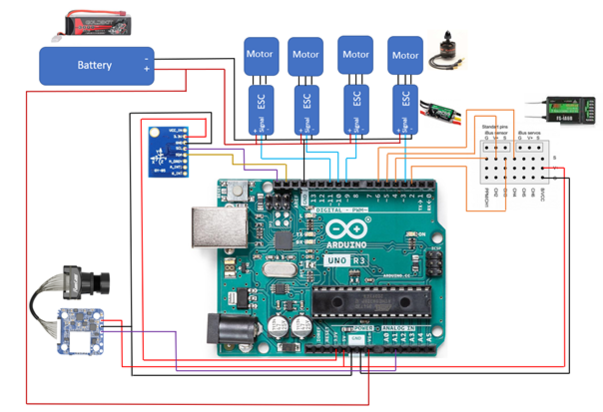