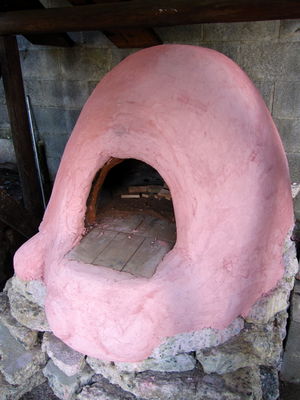 The goal of this project is to create an open source quadcopter platform that is able to capture 4K resolution pictures and videos. This platform is based on previous open source hardware to control the software and electronics of the quadcopter, and the frame is designed using the open source software FreeCAD to make a 3D printed frame. This 3D printed frame and open source components makes the cost of this project minimal while maintaining a reliable and customizable platform. The quadcopter also contains features to make it weather resistant in order to increase its longevity.

The current market options for a quadcopter that supports a 4K resolution camera are limited and expensive. Using common quadcopter components and open source options, this solution allows the common user to build off this existing platform to create the quadcopter to fit their needs. This platform allows the user to manipulate or change features on the frame while using software that is completely open source and free to the public. This eliminates the expensive costs of prototyping, and allows the user to customize the quadcopter to add additional payloads.

Because this quadcopter is open source, the components used to build the quadcopter must be accessible to everyone. Because of this, an Arduino Uno R3 was chosen as it is open source based and minimalistic. This Arduino is paired with the MultiWii drone software which allows the user to input the components chosen into the code and make adjustments. Because this software was chosen to fly the quadcopter, typical components were chosen to simplify the prototyping process. The code can be found here. Emax MT2213-935KV motors were chosen as each motor can produce a maximum of 935kV, generating an excess of lift when paired with 10" propellers. This combination allows the quadcopter to carry an additional payload of a camera or other equipment without suffering from a lack of power. Because these high power motors were chosen, 30A BLHeli-S Rev16 V3 ESCs and a 3S lip battery were also chosen to power the motors. These components ensure that the motors are provided with plenty of power while being able to fly for an extended period of time. In order for the quadcopter to accurately determine its pitch, yaw, and roll, a GY85 9 degree of freedom IMU was implemented. Each of these components allows the quadcopter to fly safely and effectively. After these components were chosen, a camera must be chosen to deliver the 4k photos and videos. The camera that was chosen for this task was the RunCam Hybrid Micro FPV camera. This camera uses an onboard microSD card to capture the photos and videos eliminating the use of an external module.

Since this quadcopter contains powerful motors, the frame must be able to withstand not only the forces of the motors, but also the force generated from a fall or crash. Because of this, PETG was the chosen material for the quadcopter to be made of due to its impressive material properties. The frame components were 3D printed using a Lulzbot Taz Pro using a nozzle that accepts 2.85mm filament.