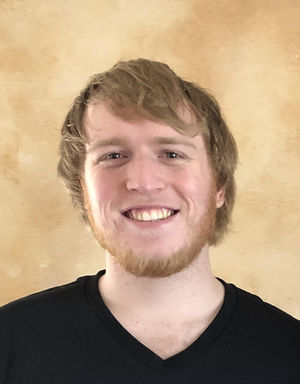 I am Dylan Mercier, a mechanical engineering student at Michigan Technological University. I am currently an intern for Wes-Tech Automation Solutions in the Chicago area and am part of the Open Source Hardware Enterprise at MTU. 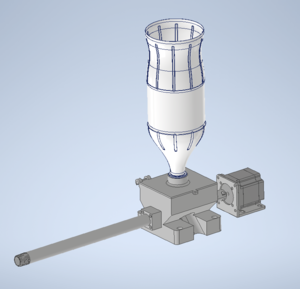 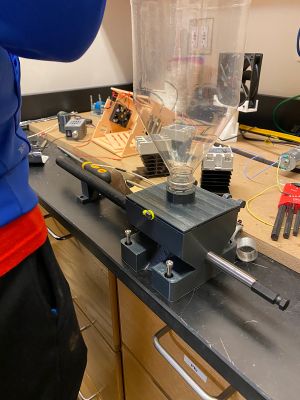 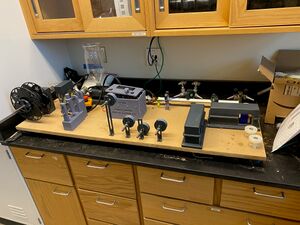 This semester I started my senior capstone project, the open source cinematography quadcopter. I was the project lead, where I was tasked with creating and managing a budget spreadsheet, ordering parts and components, and designing the quadcopter. Before starting my design work, I researched different methods to build the quadcopter, and found the MultiWii program. This program allows an Arduino Uno R3 to be utilized to fly the drone. Using this program, I determined the proper components that would be needed to build the quadcopter. I determined that the motors would need to be overpowered in order to carry an additional payload in the future and chose the Emax MT2213-935KV motors. These motors are 935kV motors which are paired with 30A ESCs and a 3S LiPo battery. This combination allows the quadcopter to carry a payload almost double its weight without struggling due to the lack of lift. Once these key components were determined, the size of the quadcopter needed to be determined. Because of the possible additional payload in the future, a smaller quadcopter would not generate enough lift, so I determined that a 10" frame was appropriate for this use case. Because the goal of this project is to create a cinematography drone, the RunCam Hybrid Micro FPV camera was used to capture these photos and videos due to its 4K resolution and onboard microSD card.

Working closely with the other members of the team, I designed a frame capable of the 10" propellers, motors, and other components, ensuring that each component would fit properly onto the frame. Each of these components were created with weather resistance in mind, as the quadcopter could encounter unpredicted conditions during flight. Because of this, a cover was developed in order to protect the essential components. Each component was created using FreeCAD and additional open source plugins, specifically A2Plus and FEM. A2Plus handles the assembly portion of the design work, where each part was added to an assembly to confirm alignment with other parts. Once these parts were designed, I proceeded to start printing each part using PETG filament to prepare for assembly next semester.