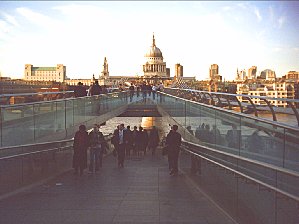 The adminstrative regions of London, South East England and parts of the East of England are interlinked and interdependent in many ways. Because of high degrees of interdependence it is arguable that neither London nor its neighbouring regions can approach sustainability in isolation.

#OurGreenBelt: The Countryside Next Door (short version)
Authors: CPRE The countryside charity, May 15, 2017

Commuting has major impacts on the character of each administrative region. This has implications for communicating Sustainability. Messages that are primarily about where people live may be less effective when directed at people working in different areas, and vice versa. It is easier for people to divorce the consequences of their actions when they are physically disconnected from where those consequences will occur.

Migration and commuting between administrative regions, for example retirement migration, contributes to the character of local economies. Whilst some areas may be economically more dynamic and resilient, others, for example coastal communities can, in effect pay the costs.

The carbon footprint of commuting patterns rarely seem to be highlighted. When the administration of the whole region is split it is easier for this to seem to be someone else's problem.

Expansion of Heathrow is just one of the most obvious examples of an issue which affects all parts of the South East.

Although there may be some administrative arrangements there is arguably a democratic deficit, especially in relation to planning issues affecting the whole of the South East.

Firstly very few people (ordinary citizens and communities) may be aware of any administrative arrangements or bodies which tackle such issues, and even fewer may feel included or represented by any such arrangements.

As with the issue of carbon footprints, split administrative arrangements provide scope for buck passing.

It is also easier for administrations to 'divide and rule' any opposition to their plans. For example on issues such as housebuilding or major transport infrastructure projects people advocating more sustainable solutions whether for the city or the countryside are easily portrayed as NIMBYS and the enemies of each other (especially if sustainability groups from different administrative regions don't talk to each other enough).

Other aspects of interdependence[edit | edit source]

The Downlands Countryside Management Project established in 1988 is a partnership between six London and Surrey local authorities set up to manage an area of countryside of 130 km² across the south of Outer London.

The main aims are the management of the rare chalk downland within the area; the development of an extensive network of trails (including the London Loop); and the improvements to signposting; rights of way; woodland and pond management.

The Project is supported by the boroughs of Sutton and Croydon; and by Surrey County Council; the City of London Corporation; the Surrey districts of Reigate and Banstead and Tandridge; and the Countryside Agency. An additional partner is Natural Britain.

The Guardian view on London and England: a deep divide. [1] May 6 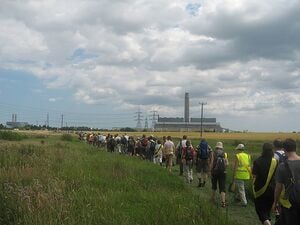 From fringe to fork – food and the Green Belt, Sep 29 [3] ...Rural sustainability UK

London and southeast England most at risk of rising deaths due to climate change, March 23 [4]

The Great Divide – building bridges between cities and their rural hinterlands, [5] March 1

"The TCPA believes that to achieve sustainable development there needs to be greater cross boundary co-operation between outer London boroughs and adjoining regions and strongly supports a clear and robust framework for climate change and sustainable energy." [6] June 19