From Appropedia
Redirected from Leeds 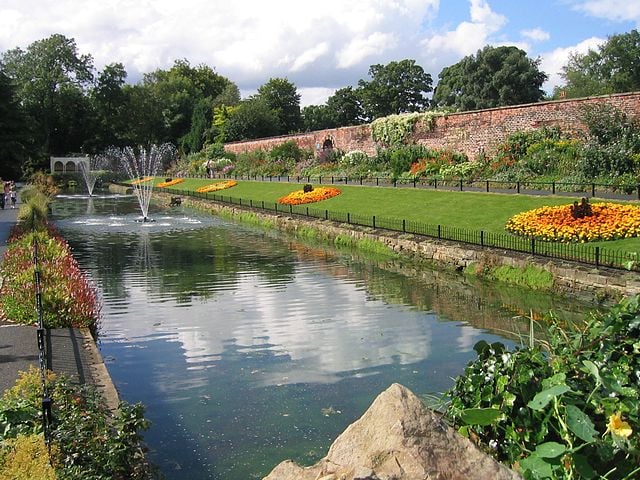 Leeds () is a city and the administrative centre of the City of Leeds district in West Yorkshire, England. It is built around the River Aire and is in the eastern foothills of the Pennines.

Commissioned by the Leeds Climate Commission in 2019, the Citizens' Jury recruited 25 randomly selected citizens over nine sessions to answer the question 'What should Leeds do about the emergency of climate change?'

An oversight panel of key stakeholders met to ensure the recruitment process was fair and robust and to agree which 'commentators' should present evidence to the jury.

The twelve strong oversight panel included representation from The City Council, the Chamber of Commerce and Extinction Rebellion.

The citizens' jury commenced on 12 September 2019 and will run for a total of 30 hours over nine sessions, ending on 3 November.[1]

Leeds will introduce a Clean Air Zone in 2020, which will charge the most polluting buses, coaches HGVs £50 a day to enter the city, while taxis and private hire vehicles which are not clean enough will be charged £12.50 a day. The proposals came after the government ordered the council to come up with ways to lower the air pollution in the city, which causes around 29,000 premature deaths in the UK. W

Leeds has many large parks and open spaces. Roundhay Park is the largest park in the city and is one of the largest city parks in Europe. The park has more than 700 acres (2.8 km2) of parkland, lakes, woodland and gardens which are all owned by Leeds City Council. Other parks in the city include: Beckett Park, Bramley Fall Park, Cross Flatts Park, East End Park, Golden Acre Park, Gotts Park, the gardens and grounds of Harewood House, Horforth Hall Park, Meanwood Park, Middleton Park, Potternewton Park, Pudsey Park, Temple Newsam, Western Flatts Park and Woodhouse Moor. There are many more smaller parks and open spaces scattered around the city, which make up around 21.7% of the city's total area. A 2017 survey ranked Leeds 7th among the ten largest UK cities (by population) for the amount of green space, although published comments on the survey pointed out major inconsistencies in the city boundaries used.

As part of the South Bank regeneration project, plans are in development for Aire Park, a new 3.5 hectare city centre park located close to the former Tetley Brewery site. Planning permission for the first phase to be undertaken by Vastint UK was granted in December 2018.

From Wikipedia:Leeds § Parks and open spaces

Leeds is within a green belt region that extends into the wider surrounding counties and is in place to reduce urban sprawl, prevent the settlements in the West Yorkshire conurbation from further convergence, protect the identity of outlying communities, encourage brownfield reuse, and preserve nearby countryside. This is achieved by restricting inappropriate development within the designated areas, and imposing stricter conditions on permitted building.

Over 60% of the Leeds district is green belt land and it surrounds the settlement, preventing further sprawl towards nearby communities. Larger outlying towns and villages are exempt from the green belt area. However, smaller villages, hamlets and rural areas are 'washed over' by the designation. The green belt was first adopted in 1960, and the size in the borough in 2017 amounted to some 33,970 hectares (339.7 km2; 131.2 sq mi).

The Forest of Leeds was originally the Forest of Loidis in which today's city of Leeds arose. It now refers to patches of woodland throughout the metropolitan district, managed by Leeds City Council amounting to 1200 hectares. These are in 55 units of various kinds of woodlands, including those of Belle Isle, Gledhow, Golden Acre Park, Lotherton Hall, Meanwood Valley, Middleton Park, Moortown, Roundhay Park, Temple Newsam and Woodhouse Ridge, formed as a forest in 1993.

There is no integrated cycle network, No public bicycle-sharing system. In 2010 Leeds Cyclepoint opened at Leeds railway station providing cycle hire by the day as well as paid secure parking for up to 300 cycles. The council provide maps showing ideal road routes for cyclists cycling maps. The Leeds Cycling Campaign works with the council and campaigns for improved cycling provision.

In late 2014 work started on Cycle City Connect, which includes a mostly segregated cycle path connecting Seacroft in East Leeds to Bradford, as well as resurfacing parts of the Leeds-Liverpool Canal shared use tow path. The project has been controversial due to the poorly laid surface by the contractor, Kier, as well as safety concerns surrounding the junctions where motorized traffic comes into contact with the segregated facility. It was originally meant to open as one route but instead of one route in Leeds city centre a mini network will be delivered by further schemes, resources were redeployed to help with the recovery after the Boxing day floods. So it was Split in two CS1 Leeds west to Bradford and CS2 Leeds east to Seacroft. Latter and after Learning lessons CS 3 Has been delivered with 2 one way tracks along Clay Pit Lane to Sheepscar (much like CS1 and CS2) and a wide two way cycle track along Elland Road with Copenhagen crossings over side streets.

The Government is granting more money to Leeds, one example is £7.06m under Transforming Cities Fund (TCF) to deliver missing links in the City centre with 5 gateways

Since the 2014 Tour de France the number of publicly available bike lock-up rack has been increased, which includes high capacity racks in the shapes of cars. This is continued by the Tour de Yorkshire

From Wikipedia:Transport in Leeds § Cycling

The Leeds Country Way is a waymarked circular walk of 62 miles (100 km) through the rural outskirts of the city, never more than 7 miles (11 km) from City Square. The Meanwood Valley Trail leads from Woodhouse Moor along Meanwood Beck to Golden Acre Park. The Leeds extension of the Dales Way follows the Meanwood Valley Trail before it branches off to head towards Ilkley and Windermere. Leeds is on the northern section of the Trans Pennine Trail for walkers and cyclists, and the towpath of the Leeds and Liverpool Canal is another popular walking and cycling route. The White Rose Way walking trail to Scarborough begins at City Square. In addition, there are many parks and public footpaths in both the urban and rural parts of Leeds, and The Ramblers' Association, YHA and other walking organisations offer sociable walks. The Ramblers' Association publish various booklets of walks in and around Leeds.

The Holbeck Viaduct (also known as the Farnley Viaduct) spans 92 archways and 1.1 miles (1.7 km). It runs from Leeds railway station, via Holbeck Urban Village and Old Holbeck, passes near Elland Road Stadium and ends onto wasteland in Wortley.

The viaduct was built in 1882 for the London and North Western Railway during the Industrial Revolution. It has been described as a feat of Victorian engineering, and provided a vital transport link into the booming city centre, which by the turn of the 20th century had developed into an important centre for the production of woollen cloth (See History of Leeds). The viaduct largely fell out of use in the 1960s following Leeds City Station modernisation, and the last scheduled train to pass over the viaduct did so on 11 October 1987.

The Holbeck Viaduct Project community group envisages that the viaduct will open in 2023. The proposed timeline for the development is:

The project is happening at the same time as the South Bank Leeds regeneration, which has the aim of doubling the size of Leeds city centre.

The community group supporting the project seeks to develop the project in a highly participatory manner, drawing on the time, skills and resources of a wide range of people and organisations. The group has a website and mailing list, and is represented on Twitter and Facebook. The group is seeking new volunteers and supporters to support their community-based proposals, including detailed feasibility study to underpin future fundraising.

The project has previously been referred to as the Holbeck High Line, echoing the High Line in New York. However, the name Holbeck Viaduct Project reflects a wider range of options and a desire to create an affordable project which truly reflects Leeds and its local communities.

The Holbeck Viaduct Project is not to be confused with the nearby Monk Bridge Viaduct development, in nearby Whitehall Road, which will see a separate viaduct turned into a sky park, alongside bars, restaurants and apartments.

Soil and soul: 'Leeds is the perfect combination of rural and urban', Oct 28[2]

How to create happy communities through co-housing, November 21[3]

Leeds city council's radical step to give more power to the people, June 30[4]

Page data
Retrieved from "https://www.appropedia.org/w/index.php?title=Leeds_community_action&oldid=671080"
Cookies help us deliver our services. By using our services, you agree to our use of cookies.
Categories:
Maintenance categories:
About Appropedia · Policies · Contact · Content is available under CC-BY-SA-4.0 unless otherwise noted.