From Appropedia
Redirected from Birmingham 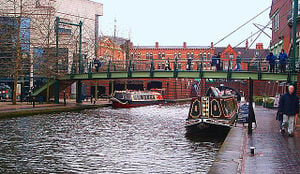 Located in the West Midlands county and region in England, approximately 100 miles (160 km) from Central London, Birmingham, as one of the United Kingdom's major cities, is considered to be the social, cultural, financial, and commercial centre of both the East and West Midlands. Distinctively, Birmingham only has small rivers flowing through it, mainly the River Tame and its tributaries River Rea and River Cole – one of the closest main rivers is the Severn, approximately 20 miles (32 km) west of the city centre. W 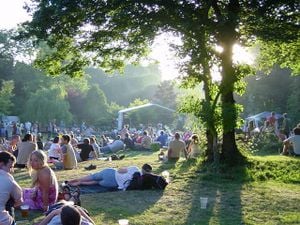 Birmingham has 571 parks totalling over 3,500 hectares (14 sq mi) of public open space, more than any other European city. The city also has five Local Nature Reserves, one National Nature Reserve and a number of Wildlife Trust nature reserves.[1]

Big Birmingham Bikes, information from Birmingham City Council - Bike North Birmingham, Birmingham City Council project delivered in partnership with Sustrans and Be Active, working to transform the profile of cycling in Erdington and Sutton Coldfield - Birmingham Cycle Revolution,part of the Birmingham Connected vision to reinvent the way people and goods move across the city - Critical Mass bicycle rides in Birmingham - Green Bike Project, community-led bicycle workshop and co-operative based at the University of Birmingham

Birmingham is at the hub of England's canal network. There are 35 miles (56 km) of canals within the city, of which most are navigable.[2]

FutureShift, programme to encourage civic innovation in Birmingham and the Black Country[3]

LoveBrum, charity supporting 'hard-to-reach' projects across Birmingham that are often volunteer led and that deliver real change, with outcomes that can be seen, measured, enjoyed, and loved.

'Cities have been invaded by cars. Now they are being liberated' - Positive News, Apr 7[5]

"Play Out Til Tea" is a great Birmingham Impact Hub idea - but their "neighbourhood of the future" is even better, Jul 21[7]

Page data
Retrieved from "https://www.appropedia.org/w/index.php?title=Birmingham_community_action&oldid=657078"
Cookies help us deliver our services. By using our services, you agree to our use of cookies.
Categories:
About Appropedia · Policies · Contact · Content is available under CC-BY-SA-4.0 unless otherwise noted.