From Appropedia
Redirected from East Midlands 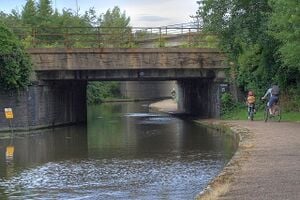 The East Midlands is one of nine official regions of England at the first level of ITL for statistical purposes. It comprises the eastern half of the area traditionally known as the Midlands. It consists of Leicestershire, Derbyshire, Lincolnshire (except North and North East Lincolnshire), Northamptonshire, Nottinghamshire and Rutland. The region has an area of 15,627 km2 (6,034 sq mi), with a population over 4.5 million in 2011. The most populous settlements in the region are Derby, Leicester, Lincoln, Mansfield, Northampton and Nottingham. Other notable settlements include Boston, Buxton, Chesterfield, Corby, Coalville, Gainsborough, Glossop, Grantham, Hinckley, Kettering, Loughborough, Louth, Market Harborough, Matlock, Newark-on-Trent, Oakham, Skegness, Wellingborough and Worksop.

With a sufficiency-level world city ranking, Nottingham is the only settlement in the region to be classified by the Globalization and World Cities Research Network.

The Nottinghamshire Wildlife Trust founded in 1963 is a wildlife conservation charity working to protect and enhance the wildlife and habitats of Nottinghamshire. They care for over 60 nature reserves covering more than 2,000 acres (8.1 km2) of wildlife habitat ranging from wildflower meadows to wetlands to ancient woodland. Key reserves are Attenborough Nature Reserve and Idle Valley Nature Reserve.

They engage the local community through events, information, volunteering and education opportunities and seek to ensure the county is a healthy and wildlife rich place to live. They are one of the 46 members of The Wildlife Trusts and have 11,000 members.

Nottinghamshire Wildlife Trust also advise other landowners how to manage their land to benefit wildlife.

At its centre is a building called Attenborough Nature Centre, comprising visitor services and educational facilities.

Groundwork in the East Midlands

Several towns in the southern part of the region, including Market Harborough, Desborough, Rothwell, Corby, Kettering, Peterborough, Thrapston, Oundle and Stamford, lie within the boundaries of what was once Rockingham Forest – designated a royal forest by William the Conqueror and was long hunted by English kings and queens.

The National Forest is an environmental project in central England run by The National Forest Company. Areas of north Leicestershire, south Derbyshire and south-east Staffordshire covering around 200 square miles (520 km2; 52,000 ha) are being planted in an attempt to blend ancient woodland with new plantings. It stretches from the western outskirts of Leicester in the east to Burton upon Trent in the west, and is planned to link the ancient forests of Needwood and Charnwood.

Sherwood Forest in Nottinghamshire attracts many visitors, and is perhaps best known for its ties with the legend of Robin Hood.

Torrs Hydro, New Mills, Derbyshire, community owned hydro electric scheme. Torrs Hydro is a community share scheme supported by local action group, H2OPE and the Co-op Community Fund. The community group of 230 members invested over £125,000 and then raised the remainder of the scheme's full cost (£330,000) from community bank loans and grants. The scheme earns an income from the energy exported to the local Co-op supermarket. According to DECC "This is a clear example of the power of local action and the sound investment from hydro projects that can be rolled out across the UK."[2] October 28, 2010

Grantham Canal, (Wikipedia): Since the 1970s, the Grantham Canal Society have been working towards its restoration, and two stretches are navigable to small vessels.

Returning Land Back to the Commons.[4] Feb 10

How a community association can spark community action, December 4[7]

Page data
Retrieved from "https://www.appropedia.org/w/index.php?title=East_Midlands_community_action&oldid=665866"
Cookies help us deliver our services. By using our services, you agree to our use of cookies.
Categories:
About Appropedia · Policies · Contact · Content is available under CC-BY-SA-4.0 unless otherwise noted.