Food security, the right to food and food sovereignty 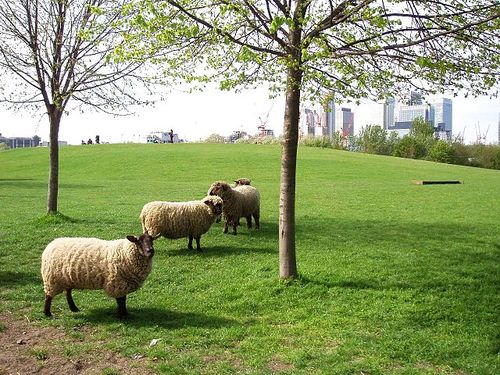 In England, as in many countries, food policy has been substantially shaped by a ‘market-driven’ approach that has focused on large-scale distribution, economic efficiencies and increasing productivity as the primary guide for food policy-making. This emphasis on the economy has led to a policy-making environment that is largely driven by the interests of multinational corporations and powerful private sector interests.

In contrast, A People’s Food Policy is based on two complementary frameworks that offer a strategy for changing food policy in England: ‘the right to food’ and ‘food sovereignty’. These two frameworks put the needs of people and planet at the heart of decisionmaking. They make democratic reform, health, ecological regeneration and social justice the primary aims of food policy.

Food security comes from an intention to ensure all people have sufficient, nutritious food to eat.

It is defined by the United Nations Food and Agriculture Organisation (FAO) as, ‘A situation that exists when all people, at all times, have physical, social and economic access to sufficient, safe and nutritious food that meets their dietary needs and food preferences for an active and healthy life.’ /11 However, a major problem with food security as a framework is that is does not say how food should be secured. It does not mention the conditions of production, trade or consumption. As a result, it has been distorted by governments and multinational corporations to the point that it means almost nothing.

In real life, the situation is significantly more complex and we do not believe that we can have genuine food security without improving the conditions of those producing and distributing food. Systems that are based on exploitation are always more fragile that those that offer justice and dignity.

Food security does not address the critical question of how a country wants to feed itself, but simply sets the intention to have enough food for its people. In the current times of climate change and political instability finding a road map to a genuine food security is essential.

In 2015, the Sustainable Development Goals (SDGs) were adopted at the United Nations (UN) by world leaders from across the globe. The SDGs are universal and all countries are expected to implement them domestically, and to report regularly about their progress both at national and international levels. With SDG No. 2, ‘End Hunger’, the UK committed to end hunger, achieve food security, improve nutrition and promote sustainable agriculture. /13

There are numerous ways to be food secure; we believe that food sovereignty and the right to food offer the most convincing and resilient road maps to achieve this.

The right to food[edit | edit source]

The right to food is a basic human right. This framework sees food as a public good, and one that we should have the means to access at all times. It protects the right of all to live free from hunger, food insecurity and malnutrition.

The right to food approach rejects charity as a solution to food poverty, which has been a key part of the ‘big society’ policy approach in the UK. Instead it places the state as a guarantor of people’s right to food, obligated to ensure everybody has the capacity to feed themselves at all times.

A rights-based approach to food is one in which everyone has financial and geographical access to adequate, safe, nutritious and culturally appropriate food, with dignity and choice now and in the future.

“The right to food is the right of every individual, alone or in community with others, to have physical and economic access at all times to sufficient, adequate and culturally acceptable food that is produced and consumed sustainably, and preserving access to food for future generations.

Individuals can secure access to food (a) by earning incomes from employment or selfemployment; (b) through social transfers; or (c) by producing their own food, for those who have access to land and other productive resources.”

In order to guarantee a right to food we need food policies that future-proof the food system based not on the pursuit of profit, but on the needs of people. Food sovereignty is a framework through which we can map out and achieve this right now. While the right to food approach provides a legal mechanism to address problems of food insecurity, food sovereignty provides a broad framework to guide policy-making across the food system. 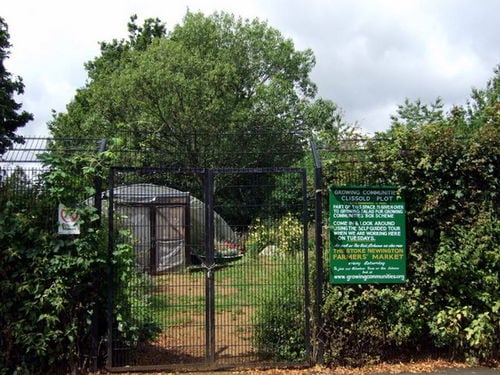 Putting the principles of food sovereignty into practice will enable us to develop food policies in England which facilitate the transition to a just and sustainable food system based on the right to food. Food Sovereignty is defined by La Via Campesina, /15 the largest international union representing millions of farmers around the world, as:

"The right of peoples to healthy and culturally appropriate food produced through ecologically sound and sustainable methods, and their right to define their own food and agriculture systems. It puts those who produce, process and consume healthy and local food at the heart of our agriculture and food systems, instead of the demands of market and transnational companies" /16

People around the world are joining hands with other social movements, organizations and communities to develop radical social, economic and political transformations to take back control of the food system. Food sovereignty is a framework that emerged from the grassroots and there is no other food and farming governance framework which provides such a powerful alternative to the current food system. It has taken over twenty years of work, advocacy and campaigning for this framework and its foundations to gain the momentum and recognition they now have at both national and international levels.

There have been some misconceptions and resistance in England towards food sovereignty.

Developing food policies based on the principles of food sovereignty and the right to food is a process that is gaining traction across Europe and globally. Nyeleni Europe, a thriving network of unions across the continent, is building the food sovereignty movement, developing campaigns to re-orientate national and European-wide public policies governing our food and agricultural systems towards a food sovereignty model. Food sovereignty has been referenced in national legislation in Ecuador, Bolivia, Nepal, Nicaragua, Senegal, Uruguay, Venezuela and Mali./18 Canada /19 and Australia /20 have already completed their own People’s Food Policy processes, Scotland is putting together a Good Food Nation Bill /21 and IPES-Food is in the process of developing a Common Food Plan for Europe. /22 The food sovereignty framework and civil society partition in food governance are both increasingly part of mainstream discourse in international institutions such as the UN Committee for World Food Security (CFS) through their Civil Society Mechanism (CSM). /23

The food sovereignty framework comprises six key principles, /24 which offer a map for what a truly democratic food system looks like. They can be adapted and developed to suit local and national food policy contexts, including here in England. In order to guide the transition to a just and sustainable food system we need to shift from a market-driven approach to a rights-based approach to food. In order for this to happen, the principles of food sovereignty need to be used as critical references points in the negotiations and development of a post-Brexit national food policy.

(in a UK context)

Food is for people[edit | edit source]

Guaranteeing the right to food will ensure that everybody, regardless of income, status or background, has secure access to enough nutritious, culturally appropriate, good food at all times. Agriculture should focus on producing food to feed people, as opposed to food as a commodity for the global market.

The people who produce and provide our food should be properly rewarded, protected and respected. This means decent living wages, secure contracts, fair representation and good working conditions for everyone involved in getting food from the field to our plates.

Good food should be easily accessible across villages, towns and cities, in both rural and urban areas, through numerous local outlets. Local provision and short food supply chains should take precedence over global export markets.

International trade will and should always be part of the global food system, but we must promote the formulation of trade policies and practices that serve the rights of all people to safe, healthy and ecologically sustainable food production and ensure that we do not undermine the food sovereignty and food systems of people in other parts of the world.

There is democratic control over the food system[edit | edit source]

Control over the resources to produce, distribute and access food should be in the hands of communities and workers across the food system. Civil society should be at the centre of food policy-making, with the power to shape the way the food system functions and influence the policies and practices needed to transition to a just food system.

The knowledge and skills needed to produce, process, distribute, and prepare food should be protected and invested in. The cultures of food producers and communities should be valued, including the ability to develop and pass on knowledge and skills to future generations. This should be supported through democratic and decentralised forms of education, and appropriate research and innovation.

Food production and distribution systems should protect natural resources, reduce environmental impact and work in harmony with nature. Agroecology should be the basis for all food production, where food is produced within the finite limits of our planet’s resources, protecting and respecting our environment and communities, and without compromising the ability of future generations to provide for themselves.