From Appropedia
Redirected from Nicaragua 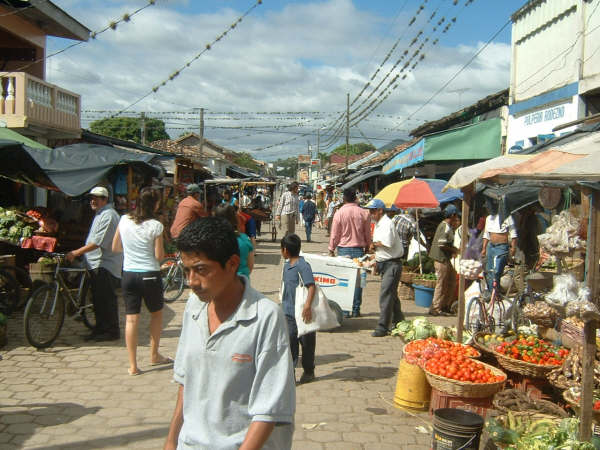 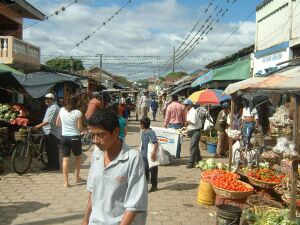 Nicaragua ( (listen); Spanish: [nikaˈɾaɣwa] (listen)), officially the Republic of Nicaragua (Spanish: República de Nicaragua ), is the largest country in the Central American isthmus, bordered by Honduras to the northwest, the Caribbean to the east, Costa Rica to the south, and the Pacific Ocean to the southwest. Managua is the country's capital and largest city. As of 2015, it was estimated to be the second largest city in Central America. The multi-ethnic population of six million includes people of mestizo, indigenous, European and African heritage. The main language is Spanish. Indigenous tribes on the Mosquito Coast speak their own languages and English.

The fauna of Nicaragua is characterized by a very high level of biodiversity. Much of Nicaragua's wildlife lives in protected areas. There are currently 78 protected areas in Nicaragua, covering more than 22,000 square kilometers (8,500 sq mi), or about 17% of its landmass.

Nearly one fifth of Nicaragua is designated as protected areas like national parks, nature reserves, and biological reserves. W

The region of great forests is located on the eastern side of the country. Rainforests are found in the Río San Juan Department and in the autonomous regions of RAAN and RAAS. This biome groups together the greatest biodiversity in the country and is largely protected by the Indio Maíz Biological Reserve in the south and the Bosawás Biosphere Reserve in the north. The Nicaraguan jungles, which represent about 9,700 square kilometres (2.4 million acres), are considered the lungs of Central America and comprise the second largest-sized rainforest of the Americas. W

From Wikipedia:Tourism in Nicaragua § Rural and community-based tourism

CECOCAFEN is an organization of coffee cooperatives in Northern Nicaragua that manage a rural and community-based tourism project, which has been developed with support from Lutheran World Relief. Tourism allows farmers to receive new opportunities in alternative markets, harvest coffee and diversify their income. CECOCAFEN offers visitors the opportunity to visit a coffee farm, learn about coffee craftsmanship, and even to stay overnight on a coffee farm and explore with a community guide.

Eco-tourism: Nicaragua's eco-tourism is growing. Nicaragua has three eco-regions, the Pacific, Central and Atlantic which contain volcanoes, tropical rainforest and agricultural land. The majority of the ecolodges and other environmentally-focused touristic destinations are found on Ometepe Island, found in the middle of Lake Nicaragua just an hour boat ride from Granada. While some are foreign-owned, such as the tropical permaculture lodge at Finca El Zopilote, others are owned by local families. W

Although Nicaragua's health outcomes have improved over the past few decades with the efficient utilization of resources relative to other Central American nations, healthcare in Nicaragua still confronts challenges responding to its populations' diverse healthcare needs.

The Nicaraguan government guarantees universal free health care for its citizens. However, limitations of current delivery models and unequal distribution of resources and medical personnel contribute to the persistent lack of quality care in more remote areas of Nicaragua, especially among rural communities in the Central and Atlantic region. To respond to the dynamic needs of localities, the government has adopted a decentralized model that emphasizes community-based preventive and primary medical care.

Solar energy 'like light from heaven' for rural Nicaragua, Nov 13[1]

Page data
Retrieved from "https://www.appropedia.org/w/index.php?title=Nicaragua_community_action&oldid=664747"
Cookies help us deliver our services. By using our services, you agree to our use of cookies.
Categories:
About Appropedia · Policies · Contact · Content is available under CC-BY-SA-4.0 unless otherwise noted.