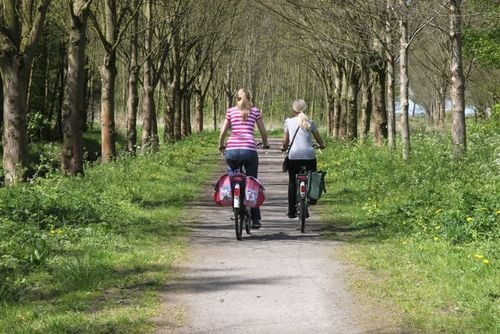 ‘At the highest level, tackling poverty, housing costs etc. would mean that people then had the resources to invest in good food. At a more micro level, initiatives like community kitchens, local buying co-ops and community gardens are really helpful to enable people to access decent food.’

‘Continuing poverty levels in the UK, exacerbated by austerity policies, are a key driver of food poverty. When people have less money overall, they have less money to spend on good food resulting in reliance on cheap, and often unhealthy, food options on offer from large corporations. So austerity needs to be ended.’

Our vision is of a future with a food system where everybody, regardless of income, status or background, has secure access to enough good food at all times, without compromising on the wellbeing of people, the health of the environment and the ability of future generations to provide for themselves. Food is nutritious, tasty, high quality, local, fair, culturally appropriate, fresh and sustainably produced.

In this future, all health-related food policies recognise the right to food. The structural inequalities, austerity measures and welfare cuts that have led to health inequality and household food insecurity have been redressed.

Good food is readily available in neighbourhoods, schools, and workplaces, with improved standards in public institutions such as schools, hospitals, prisons and care homes.

Regulations and legislation have been put in place to prevent powerful food companies from marketing junk food and to reduce the sugar, salt and saturated fat content of processed foods.

The influence of the food industry lobby has been reduced, and all food and health-related policies are developed in consultation with the public.

We have shameful levels of food insecurity and diet related ill health. The UK [1] is the 6th largest economy in the world and yet in 2014, over 8.4 million people living in UK households reported having insufficient food. /71 13% of healthcare costs are from diet-related ill health, costing the NHS £6 billion a year. /72 In 2016, it was estimated that malnutrition (or ‘undernutrition’) affected 3 million people in the UK. /73 Emergency food aid is currently provided by a range of voluntary organizations through both food packages and meals. For example, over 1 million 3-day food parcels were given out at food banks in the Trussell Trust network in the last year. /74 Food banks must be seen only as a temporary measure responding to a crisis; they must not be institutionalised or seen by government as a viable ‘big society’ solution to food insecurity across the UK.

In England, the benefit cuts and sanctions introduced in 2009 by the Conservative government have been cited as the leading cause of food insecurity, /75 and have led to a gap in provision and services which charities have been trying to fill. /76 Access to fresh, affordable and nourishing food, as well as the fuel to cook it and time to prepare it – the very basic right to food – is not available to millions of people across England. Cheaper food and consumer education around food choices are frequently offered as the main solutions to food poverty and diet-related ill health in England. This implies that it is individuals who are to blame for their own poverty and fails to address structural inequality as the root cause of poverty and food poverty.

England’s food system is dominated by an ‘industrial diet’ where highly processed and low nutrient foods are widely available and most easily accessible, making up a large proportion of people’s food intake. Although government dietary guidelines mention eating five to ten portions of fruit and vegetables per day, as well as a wide range of proteins, carbohydrates and dairy products, there is no mention of sustainability (except for ‘sustainably sourced fish’) or the importance of eating freshly sourced rather than processed food. Given that the National Diet and Nutrition Survey shows that people are consuming too much saturated fat, added sugars and salt, and not enough fruit, vegetables, oily fish and fibre, /77 it is clear that we need a new approach to make healthy food available, accessible, affordable and appealing to everybody.

Children’s health is in jeopardy due to high levels of inequality and the influence of the food industry lobby. A recent report by the Royal College of Paediatrics and Child Health highlighted the state of child health in the UK, with nearly one in five children living in poverty, high levels of obesity, and one of the highest rates of infant mortality in Western Europe. /78 It criticises the government’s Childhood Obesity Strategy /79 for not banning junk food advertising and price promotions, and for the public health cuts in England, which have disproportionately affected children’s services.

Elderly people have particular and underappreciated vulnerability to food poverty. Due to issues related to poverty, health, reduced mobility and cuts in social care, older people face a highly challenging food environment. For example, a third of all elderly people admitted to hospital are at risk of malnutrition and elderly women are twice as likely to be malnourished than men. /80 Food must be considered as an integral part of a rounded healthcare strategy and support system for the elderly.

The industrial food lobby continues to ensure that its own interests – the promotion and consumption of cheap, unhealthy and unsustainably-produced food – are unaffected by government policy-making, which generally prefers ‘soft-touch’ regulation with voluntary agreements and ‘responsibility deals’ over stronger enforcement through legislation. 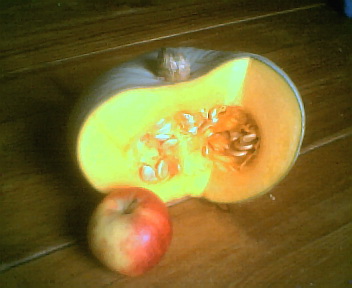 3.1.3 Support local authorities to develop local food policies which include food poverty action plans. /84 This would help to increase access to healthy and affordable food.

3.1.4 Local authorities should improve physical access to affordable good food to eliminate ‘food deserts’. [3] This could be achieved by working in a co-ordinated way with planners, retailers, caterers, manufacturers and advertisers.

3.2.2 Government, local authorities and schools should ensure that children from low income households have access to good food, 365 days a year. This should include increasing uptake of free school meals and providing free meals at breakfast-time, after school and during the school holidays.

3.2.3 Support campaigns to encourage greater fruit and vegetable consumption. One example of a campaign already doing this is Peas Please, run by the Food Foundation.

3.4.1 Update Government Buying Standards (GBS) for food and catering services. Environmental standards for food, farming and fishing need to be strengthened. This would lead to a better and increasing market for producers working to conserve natural resources. GBS should also include a commitment to specify that meat and dairy products must be sourced from higher welfare production systems (such as cage-free eggs), and especially those that ban preventative use of antibiotics in groups of healthy animals and/or are reducing non-essential antibiotic use overall.

3.4.2 Reward public institutions that implement sustainability criteria in their procurement policies. For example, include such criteria in the new Healthy Schools rating scheme which the UK government is planning to introduce (see policy recommendations 2.2.2 and 3.9.1).

3.4.3 Introduce legislation to make mandatory school food standards (which already covers maintained schools) apply to academies and free schools created between 2010-2014. This would close the current gap and ensure pupils in all schools benefit from the ‘nutritional safety-net’ offered by the school food standards. The standards should be independently monitored and enforced.

3.4.5 Hospital food standards legislation should include legal standards on the food sold in vending machines on hospital premises. This could be similar to the Healthy Living Award Plus scheme currently active in Scotland. [5]

3.5.1 Sustainability criteria should be included in the government’s dietary guidelines. Guidelines should emphasise that good food and health are about more than just eating nutritionally balanced meals. [6]

3.5.3 Develop and support campaigns to increase awareness about the importance of sustainable meat and dairy consumption. Examples of campaigns that are trying to do this already include the Eating Better alliance in the UK, and ‘meat-free days’ as promoted by cities such as Ghent (Belgium) and San Francisco (USA).

3.6.1 Legislate to make food ‘traffic light’ labelling mandatory. The Food Standards Agency labelling system of red, amber, green should be mandatory, not optional. The Department of Health introduced the scheme as a voluntary measure in 2013, but the labels still do not appear on about one third of all food sold. /89

3.7.1 Implement stronger controls preventing the marketing of junk food and drink to children under 18 in both broadcast and non-broadcast media. This should include new rules reducing children’s exposure to such advertising whilst they watch their favourite TV shows, and in those areas which the Committee of Advertising Practice refuses to cover (such as packaging, brand characters, sponsorship and curricula materials).

3.7.2 The Committee of Advertising Practice and the Advertising Standards Authority should ensure companies follow both the letter and the spirit of the new non-broadcast rules being introduced in July 2017. A comprehensive and transparent definition of what constitutes marketing ‘directly appealing to children’ should also replace the currently weak definition.

3.7.3 The UK government should monitor the impact of the Soft Drinks Industry Levy. This should include: monitoring the health benefit from ring-fencing the money raised via the tax; and carrying out pilot studies for the introduction of further diet and health related food taxes and regulations, including the ban of energy drinks to children under 16 years of age (see A People’s Food Policy, Finance). /90

3.8.1 Government and local authorities should provide more support to existing community food resources. These include community kitchens, food buying co-ops, community gardens and food hubs, all of which make an important contribution to improving access to healthy food, education, skills and people’s social lives. Support could include providing grants for start-up costs and advice to develop financially sustainable models.

3.9.1 Develop and implement nutritional standards for sustainable food provision in care homes across England. /92 These need to include sustainability criteria so that older people are guaranteed access to food which good for both themselves and the environment (see policy recommendations 2.2.2 and 3.4.2).

3.9.2 Halt the decline in ‘meals on wheels’ services. This must be combined with the adoption of ‘more than meals’ services, tackling social isolation and supporting active ageing. /93 Buying and cooking food maintains older people’s skills, confidence and routines. Care packages that provide ready meals need to take this into account and support older people in maintaining food skills. [7]

3.9.3 Carry out or fund research into how markets can support an ageing population to maintain independence, for example by implementing a delivery service for goods bought, and providing nutritional information.

3.9.4 Develop an emergency process to flag up when care given to elderly people is failing. This would empower social workers to identify failures in the care given to older people in their own homes. There have been instances of older people cancelling their care packages because of poor treatment, leaving no one to prepare food for them at a critical time when having sufficient good-quality food is particularly important.

3.11 Reduce the influence of the food industry lobby[edit | edit source]

3.11.1 Reduce the influence of the food industry lobby on national public health campaigns and policy-making. At present, the food industry heavily influences national public health policy and campaigns. For example, in 2010 MPs voted against a traffic light food labelling system devised by the UK Food Standards Agency in favour of a Guideline Daily Amounts (GDA) system supported by food manufacturers. /95