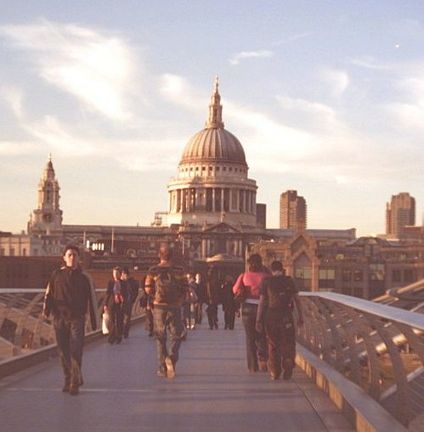 CASwiki news articles have a focus on news of community action for sustainability. This article is an offshoot from CASwiki's London article and is for news and comment in that context.

How do you create a city for all? The answer lies in West Norwood ... December 2 [1]

A little participation is not enough, Tessy Britton, director and co-founder of Civic Systems Lab, November 23 [3]

TfL has (secretly) made a geographically accurate tube map, September 16 [5]

Number of Londoners cycling to work doubles in 10 years, August 6 [7]

The UK’s first natural public swimming pool will use plants, not chemicals, to stay clean, Mrach 28 [9]

Hop on the bus for more open policy making in London, February 13 [10]

Barely three years after plans for a third runway were scrapped, Heathrow has restated its case and returned with even bolder expansion plans, December 13 [20]

How a London canal can be a model for our high streets, July 6 [22]

Communities across London transform neighbourhoods with over 12,000 free trees from the Woodland Trust, November 18 [28]

The battle to save London's green spaces, November 11 [29]

Over 55,000 people, cyclists of all ages and abilities take to traffic-free streets for the chance to enjoy the sights of the capital on two wheels, September 4 [32]

£100m+ boost to green London’s public buildings, 2 September [33] In London, the environmental goods and services sector is worth £23 billion. The carbon finance sector is worth £5.8 billion and employs 22,500 people. Growth between 2008-2010 in this sector has been 8 per cent, comparatively strong in comparison to growth in other sectors. This will deliver an estimated 18,000 new jobs by the end of 2012 to add to the estimated 158,000 already working in this sector. London aims to be a world leading low carbon capital by 2025 attracting an estimated £40 billion of investment and creating an estimated 200,000 jobs over coming decades.

Team London launched, based on the successful ‘Cities of Service’ model instigated in New York, and will focus on three key areas- crime, improving quality of life and increasing youth opportunities. March 4 [38]

London secures £17 million funding for UK’s largest electric vehicle charge point network, 25 February [46] This will deliver a network of around 7,500 charging points by spring 2013 with 1,600 charge points to be installed over the next twelve months. At present there are over 250 charging points in London.

Mayor must do more to green London, FoE, April 30 [50] "Abandoning the western extension to the congestion zone and the C-charge for gas-guzzlers, and pursuing a massive new airport in the Thames estuary have seriously undermined his green credentials. They have also overshadowed welcome policies, such as scrapping the six-lane Thames Gateway road bridge and pushing for electric vehicles and cycle hire schemes."

Campaign for Better Transport welcomes the Mayor of London's announcement that the Thames Gateway Bridge has finally been cancelled, November 6 [54]

Parking plans will mean London congestion chaos, Campaign for Better Transport, September 3 [55] According to CBT, "The Olympics site will be surrounded by vast new parking lots." Car travel to the Games themselves is to be discouraged (at least for spectators) but developments at Stratford and the Lower Lea Valley have planning permission for over 11,000 parking spaces. Thousands more have been built or approved at the Royal Docks just to the south.

Research by Campaign for Better Transport has revealed that car-dependent development will predominate in most if not all of the major development areas of outer London. This includes the Thames Gateway area of east London where the Government has said that it wants low-carbon, sustainable communities to be built. Campaign for Better Transport notes that developments with large car parks are being approved despite policies to reduce the need to travel by car, and to promote walking, cycling and public transport.

"Parking on this scale is more like Los Angeles in the 20th century than London should be in the 21st. If we want to tackle congestion and climate change we will need to be much more serious about controlling parking. These developments are being planned as though people had never heard of global warming. We need much more car-free development where it’s easy to walk and cycle and public transport is close." Richard Bourn, London Campaigner at Campaign for Better Transport.

Mayor launches London’s Climate Change Adaptation Strategy to prepare London for climate change, August 28 [56] The strategy proposes ‘greening’ the city by improving and increasing London’s greenspaces to keep the city cool in summer, managing flood risk coming from the tributaries to the Thames and surface water flooding from heavy rainfall, encouraging Londoners to use less water and raising public awareness to flood risk. The Mayor’s intention is to publish the public consultation draft of the London Climate Change Adaptation Strategy in 2009.

Recycling bin pilot in Hyde Park over the next three months, June 2 [58]

Cycling seems to have been forgotten in the redesign of St Pancras, say London Cycling Campaign, November 14 [60] Koy Thomson of LCC: “If Eurostar presents itself as the modern low-carbon alternative to air travel, it must think beyond its stations and help customers make sustainable choices.”