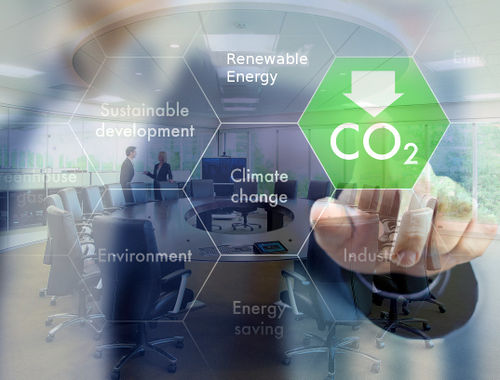 Despite the drastic reversal of decarbonization effort by the Trump administration, the majority of U.S. states continue policies aimed at reducing greenhouse gas (GHG) emissions and increasing renewable energy technology (RET) deployment. Although electrical power utilities are required and/or encouraged to comply with these policies, their executives lack direct incentives to do so. In this study, a novel incentive mechanism is evaluated for aligning utility executive compensation with such policies. First, an overview is provided on chief executive officer (CEO) pay and the GHG emissions of utilities. The relationship between GHG emissions, renewable energy diversification, and CEO pay is examined using the case study of three of the largest electric utilities in Michigan. The results show that the regulated utility market is not consistently rewarding CEOs with higher compensation for decreasing GHG emissions and that both an approach incentivizing RETs adoption and an approach encouraging GHG emissions have deficiencies. A combined approach is then analyzed that results in a compensation equation allowing for utility executives to receive incentive pay for reducing overall emissions and increasing renewable generation. The results indicate that by careful calibration of the proposed incentive equations the harmful effects of emissions can be prevented through CEO incentive pay.