CAN handbook, Ways of working 2

Introductory information on Citizen action networks and The Alternative UK is on our Networks UK page.

The Alternative UK's six values we're inspired by, but are not determined by, Alternativet's example, (Denmark). A/UK have the intention to set up some UK labs to examine them, see if we can amend (reduce, add or replace) according to conditions here. They invite us to imagine guiding our everyday practices by these consciously-held values, to maintain these values throughout our behaviour. [1]

Involvement on your own terms[edit | edit source] 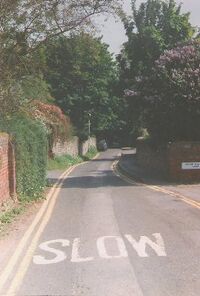 "you can never move faster than the speed of trust" when it comes to community engagement." Cormac Russell [2]

"We need your help and participation but know in return that not everyone has the time to do more than they are already doing." The Alternative UK
see also: Recognising quiet members in community groups
section needed:

The root of these words is the heart. What ways of working lead us to feel more empowered?
section needed:

"If I had to choose one word - it would be Generosity. It's about having the generosity of spirit to recognise that however fantastic you think your idea is there are loads and loads of other people out there who have also got great ideas and who have been working really hard...Realise that you are surrounded by people who are trying to do good, but haven't quite managed to crack it yet. If you've got a great idea go out and find them and say 'How can my idea help you?' rather than thinking about 'How can I start from scratch?'. It's about basic human generosity." Matthew Taylor

see also Create the feel, Citizens doing it for themselves, Our stories

(wanting some description that says what networking the networks is for, and how we can do it better, feel free to suggest improvements to this description, Philralph (talk) 08:57, 26 December 2020 (UTC))

"Community building power comes from the living database that the participants create and use together informally as they help each other solve problems, one to one and many to many. The web of human relationships that can grow along with the database is where the potential for cultural and political change can be found." Howard Rheingold

Similarly some of us feel that it's important that we keep asking ourselves, are we doing enough to recognise the needs, aspirations and (for example self-organising) actions of the next and future generations. And there's a case to be made also for the involvement and better recognition of what elders can contribute. Again this need not lead to any form of division or separatism. (Yes we CAN do better at becoming an intergenerational more-as-one (?)

Because of, for example the climate and ecological emergency, it's inevitable that some networks may have a more of a focus than others on specific themes such as climate action, better democracy, local economies, etc, but this need not keep us (as a movement of networks) apart. Perhaps one of the central challenges of Citizen Action Networks is simply asking the question: "Can we do better at becoming closer and better connected? Yes we CAN do better at becoming more-as-one (?)

"We now understand better than ever that innovation is very often a social, interactive process rather than one of individual creativity, and that networks play a vital role in the creation and the transfer of new knowledge and innovation. David H Hargreaves

can we add something on...

Learning from other networks[edit | edit source]

Not in competition with other forms of action[edit | edit source]

Although we might talk of people moving from something like signing petitions to something altogether more involving, participatory, action orientated, it's important to say that we don't see what we're offering as being in competition with other forms of citizen and community action. Other forms of action are necessary, achieve a lot, can be a focus to help co-ordinate international action and we can be grateful for them. It's just that we think Citizens Actions Networks might be "the missing piece of the puzzle in the search for individual agency in a shared space." [3]

anything not covered by the above

"We see people-power-place in action when our neighbourhoods, villages, towns or cities become a focus of common interest. When people make their place a community of interest. When communities of place become communities of interest we begin to develop a set of in-common aims, objectives and intentions. Dreams and aspirations for neighbourhoods are discussed and opportunities to make it happen are pursued, in common. When things begin to change physically, behaviour change follows and, importantly, neighbourhood we-ness builds to oversee a reinvention of place and community. Any enabling processes that support and encourage this regaining of place by its people will likely involve only light touch governance to enable the spirit of place to re-emerge. I anticipate that such initiatives will become the sustaining force behind flourishing communities." Prof. Rhiannon Corcoran, Academic Lead, Community Wellbeing Evidence Programme. Institute of Psychology, Health and Society, University of Liverpool. [4]

More about getting started[edit | edit source] 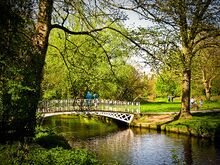 "We don't need more walls of separation between nations and peoples. We know they can't protect us from global challenges like AIDS or terrorism or global warming. We need instead, more connections, more bridges of understanding and shared responsibility." Mary Robinson

"A practice of solidarity, radical generosity and collective care is cultivated. Organizing nodes arise and fall away as they are needed. A healthy amount of “slack in the system” is maintained, in order to stay agile and responsive, and reject unnecessary bureaucracy that might stifle initiative or action."

"...it is the hyper-local, decentralized and anti-hierarchical nature of the Cape Town Together network — and the fact that it is an adaptive network, and not a structured and bureaucratized organization — that enables the kinds of dynamic, bottom-up ways of working that have emerged."

"These are decentralised networks, whose structures partly make all this possible. Cape Town Together is built on the premise that hyper local strategies, community-level intelligence and autonomous forms of decision-making are fundamental for an effective response to COVID-19. This means that if CANs want to collaborate with their local police station to deliver food parcels safely or register as a voluntary organization or NPO in order to access permits for moving around, they are entitled to do so.

These are autonomous decisions and strategies chosen by CANs in response to their localized realities and no one in the network can tell them otherwise — nor should they.

But decentralization is a neutral tool for organizing, rather than an intrinsically good thing. Coupled with the shifting power of collective and informal networks such as the CANs, it can raise complex tensions and contradictions that are difficult to navigate.

While CANs are able to act upon their own intelligence and initiative without asking permission, this also means that some CANs make decisions that feel out-of-step with the foundational principles of the network.

For example, a number of CANs have instituted bureaucratic accountability structures for dealing with cash donations. While this may be counter to the principle of trust-based organizing, it also might be an entirely appropriate and necessary response to local complexities.

The networks embrace humility, inclusivity and doubt. Part of working at the speed of trust means pausing to reflect when someone raises a feeling of discomfort. Because the social, economic and political challenges of this work are so complex, it is not always clear how best to take action.

In such cases, the first steps are recognizing what is unknown, opening up to differing perspectives and taking time to find connection or coherence. This requires moving with humility, valuing all contributions and rejecting inequalities of power and their infringement on decision-making processes. This work demands post-heroic leadership, or — in the words of adrienne maree brown — working from a place of “care and love rather than burnout and competition.”

These networks are led largely by women, which is not surprising nor insignificant. It’s women who have stepped forwards to get their hands dirty in the spaces opened up by flattened hierarchies and post-heroic leadership. This opening up of politics is fundamental — as it is through a politics of doing, sharing and storytelling, that we start to plant the seeds of possibility, and together, find ways to build back better." [7]