A new system of change

Introductory information on Citizen action networks and The Alternative UK is on our Networks UK page.

We need to develop CANs, in order to connect every kind of person to the cosmo-local solutions already available. At the same time we need to equip ourselves personally for the very different future that lies ahead. The are six energy pathways: Telling the story, Shaping the system, Designing democracy, Sharing learning, Building economies, Creating the feel

This Really Is From The Grassroots Up[edit | edit source]

Trying to take whole system action slows everything down when we clearly need to accelerate. Unless you work at the level of the microcosm. Capturing the essential patterns of how things fit together well at a manageable level – say a town, city or region. Then offering that as a prototype for rapid acceleration across the nation, even the world. This brings everything within our reach.

Of course, there is no one-size fits all – the prototypes cannot be rigidly replicated. Nor can they be scaled up by a central body. Instead, for speed, they must be fluid, capable of adapting to the conditions and the people they find themselves in.

We tend to describe the elements of each one of these prototypes as fractals. Partly because that suggests the conditions in which these elements can be found are naturally occurring. And partly because the nature of a fractal is to replicate itself in relation to its environment: giving rise to a very diverse set of responses. [1]

After three years of reporting, engaging and co-creating with you all, we’ve (A/UK) seen six ways to focus energy and give rise to a future we can all look forward to.

In addition to these six entry points, we’re highlighting...

Firstly, the patient construction of Citizen Action Networks, connecting every kind of person to the cosmo-local solutions already available.

CANs (a generic term) are already taking shape in many different shapes and sizes around the country. Observing the unique way they draw in people of all different political tribes, they may have the potential to become new socio-political units in the era of post-party-politics. Let’s build!

Secondly, the importance of equipping ourselves, personally, for the very different future that lies ahead. That includes learning how to take back our own minds from the incessant and pervasive trance of the mainstream news, advertising and even social media. That doesn’t mean becoming a monk. But it does suggest actively developing our capacities for more autonomy and creativity. [2]

Integration of the six A/UK development pathways can bring forth a new system of change. What’s emerging is a dense network of connected elements (mycelium).

we have begun to explore all of these questions within the newly launched Action Forum of The Alternative UK. If you haven’t had a look yet, there are six mutually inclusive paths to a different future. In other words, although there are six different entry points, each implies the other five within them. Integrating them is what brings forth a new system of change.

... this is our attempt to take a lot of the good and great talking about collaboration that we do, and turn it into collective action that is capable of rising to the moment.

This is not another murmuration of many small interactors, producing intriguing shapes in the sky (itself a good metaphor for the current state of play). What’s evolving is more like a mycelium network of projects that integrate and replicate through a growing awareness of, communication between, and relationship with each other. It’s more – much more - than the sum total of its parts. [3]

The Feminisation of Politics[edit | edit source]

Women need to be at the heart of the design process of a new society. 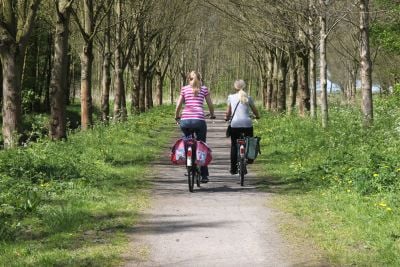 It’s what we’ve found as we’ve engaged with many different areas and constituencies: a thick relational web of women-centered and women-initiated works, keeping atomised individuals and groups connected. And with executives above them, that - surprise surprise - are still often predominantly male (or practice power in a predominantly masculine way, even if the biological numbers are even). [4]

Because women have historically been kept in the home to nurture the family, their understanding of both human strengths and weaknesses, needs and offerings is part of their cultural heritage. You might say it is because women understand care and flourishing that they do care and cause flourishing.

But it’s also that their idea of a human being is holistic (or whole-istic). They see much more in a person than their working potential, their ability to succeed or fail within the current rat race. They see the spark of individuality in a child that no-one else sees and continue to see that in adults too.

For that reason, women need to be at the heart of the design process of a new society. Where old models have failed, rather than improve incrementally upon the old model, they are already evoking new visions of a society that could respond directly to the crises we are now facing. [5]