Yorkshire and the Humber community action 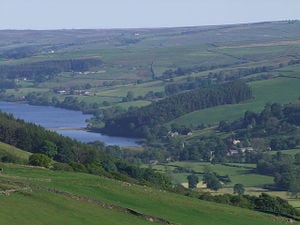 Yorkshire country side, May 2009. Attribution: Gpmg
Location data
Read more...
From Wikipedia:Yorkshire and the Humber

Yorkshire and the Humber is one of nine official regions of England at the first level of ITL for statistical purposes. The population in 2011 was 5,284,000 with its largest settlements being Leeds, Sheffield, Bradford, Hull, and York.

From Wikipedia:Yorkshire and the Humber § Social deprivation

For multiple deprivation in England, measured by the Indices of deprivation 2007, the most deprived council districts in the region are, in descending order – Kingston upon Hull (11th in England), Bradford (32nd), Doncaster (41st), Barnsley (43rd), North East Lincolnshire (49th), Sheffield (63rd), Wakefield (66th), Rotherham (68th), Kirklees (82nd), Leeds (85th), and Scarborough (97th). These areas are mostly represented by Labour MPs, with a few Conservative MPs representing parts of Leeds (with a Lib Dem MP) and North East Lincolnshire, and all of Scarborough. Apart from Scarborough, they are unitary authorities.

Kingston upon Hull has the highest proportion of people not in education, employment or training NEETs in the region (and fairly high for the UK – 10.6%). This is another demographic extreme it shares with Knowsley in Merseyside.

In March 2011 the region had the third highest overall unemployment claimant count in England with 4.4%. For the region, Hull has the highest rate with 7.8% which is the highest for any English district; North East Lincolnshire is next with 6.4%, and Doncaster has 5.2%. Richmondshire has the lowest rate with 1.8% and Harrogate is next lowest with 1.9%.

This Mutual Aid Network aims to create a chain reaction that goes back into communities. It meshes a thriving timebank with 600 members and the Hull Coin initiative, the City of Culture's 2017 nomination, which is currently mobilizing 4,000 volunteers.

"When I started the TimeBank back in 2010, I saw it as the solution to everything," says Kate Macdonald. "I realized in time that it is 'one' solution and that to have a viable parallel economy, we need different options which have strengths to use in different circumstances. When I heard Stephanie speak about Mutual Aid Networks a couple of years ago, I realized this had been what I had been looking for. What is often missed is a mechanism to join things up."[1]

May 5 Calder Bootstrap 2017, "a group of entrepreneurs, co-operators, activists and changemakers, looking to engage our community to co-create our next economy."

Page data
Retrieved from "https://www.appropedia.org/w/index.php?title=Yorkshire_and_the_Humber_community_action&oldid=666313"
Cookies help us deliver our services. By using our services, you agree to our use of cookies.
Categories:
About Appropedia · Policies · Contact · Content is available under CC-BY-SA-4.0 unless otherwise noted.