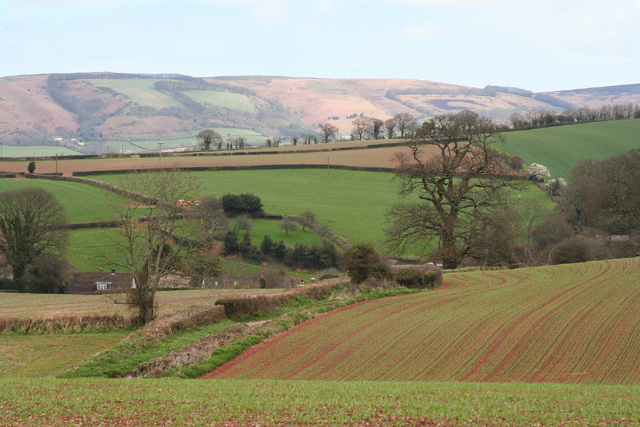 Somerset ( (listen) SUM-ər-sit, -⁠set; archaically Somersetshire SUM-ər-sit-sheer, -⁠set-, -⁠shər) is a county in South West England which borders Gloucestershire and Bristol to the north, Wiltshire to the east, Dorset to the south-east and Devon to the south-west. It is bounded to the north and west by the Severn Estuary and the Bristol Channel, its coastline facing southeastern Wales. Its traditional border with Gloucestershire is the River Avon. Somerset is currently formed of six council areas, of which two are unitary authorities, until the four second-tier district councils are merged on 1 April 2023, after which the county will comprise three unitary authorities. Its county town is Taunton.

In 2009, the Wildfowl and Wetlands Trust, The RSPB and the Pensthorpe Conservation Trust, with funding from Viridor Credits, began a partnership project to re-establish a breeding population of cranes at a new wetland site. A rearing facility or "crane school" was set up at WWT Slimbridge; this consists of a 1-acre (4,000 m2) marsh garden designed to rear crane chicks between 2010 and 2014 in as close to a wild environment as possible. A pre-release enclosure was also constructed on the Somerset Levels. Although the cranes are hand-reared, all humans having contact with the birds wear special grey cover-all smocks, complete with hoods, and feed the cranes using plaster cast crane heads mounted onto litter picker handles. Approximately 20 cranes are reared and released each year. The first cranes were released in 2010 with annual releases planned up until 2014. The cranes are released in Somerset, on the Somerset Levels and Moors, where the project is also working with farmers and landowners to create suitable breeding areas for the birds. A pair of cranes from the project laid the first egg in 2013.

Somerset is a rural county of rolling hills, the Blackdown Hills, Mendip Hills, Quantock Hills and Exmoor National Park, and large flat expanses of land including the Somerset Levels.

The county contains several-miles-wide sections of the Avon green belt area, which is primarily in place to prevent urban sprawl from the Bristol and Bath built up areas encroaching into the rural areas of North Somerset, Bath and North East Somerset, and Mendip districts in the county, as well as maintaining surrounding countryside. It stretches from the coastline between the towns of Portishead and Clevedon, extending eastwards past Nailsea, around the Bristol conurbation, and through to the city of Bath. The green belt border intersects with the Mendip Hills Area of Outstanding Natural Beauty (AONB) along its south boundary, and meets the Cotswolds AONB by its eastern extent along the Wiltshire county border, creating an extended area protected from inappropriate development.

The county has one of the first National cycle routes created in Britain 3, 4 and 24 provide cyclists with ways to minimise contact with motor traffic. The Bristol & Bath Railway Path is a 15-mile off-road cycleway, following an old railway track that forms part of Route 4. The path consists of a 3-m-wide tarmacked surface, and was used for 2.4 million trips in 2007, increasing by 10% per year.[90] Route 24, otherwise known as the Colliers Way, currently runs from Dundas Aqueduct to Frome via Radstock. W