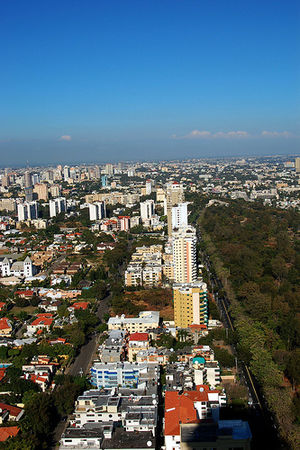 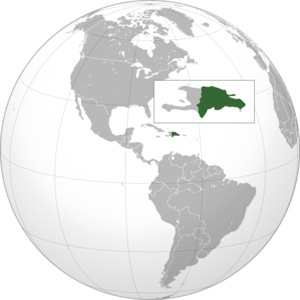 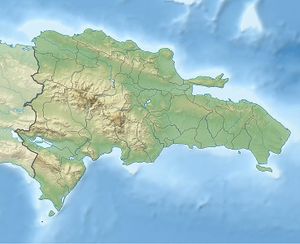 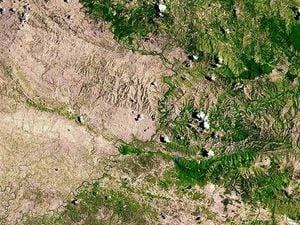 The border between Haiti and the Dominican Republic 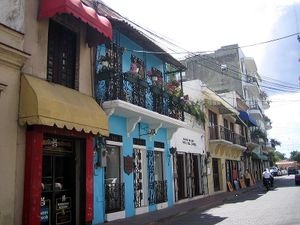 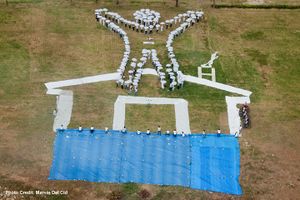 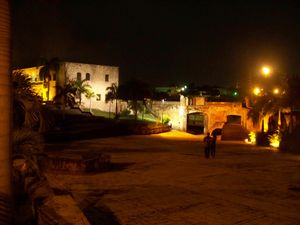 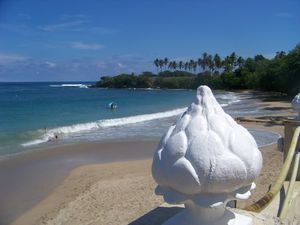 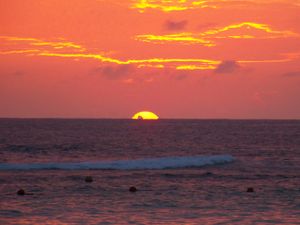 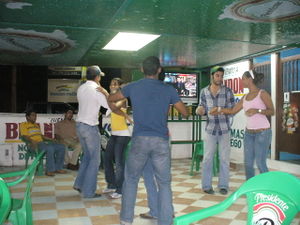 The Dominican Republic is 68.9% Roman Catholic, 18.2% Evangelical, 10.6% with no religion, and 2.3% other. With the exception of the Trujillo reign in the 1950s, there has been religious freedom throughout record history in the country.

Almost all of the Dominican Republic is Spanish speaking. Many of the schools are bilingual with English as the secondary language. People of Haitian descent will often speak Haitian Creole. There are about 8,000 speakers of Samaná English in the Samaná Peninsula. Samaná English is a language derived from enslaved Africans whom arrived in the 19th century.

Officially, school is free and compulsory from the ages 5 to 14. Many who live in isolated area have limited access to this school system. Most wealthier students attend private schools sponsored by religious organizations.

The Dominican Republic occupies the eastern majority of the island of Hispaniola and is a tropical paradise. The diverse geography includes 1,633 miles of coastline, white sand beaches, lush valleys, tropical rain forests and five mountain ranges with the highest mountain reaching over 3,000 meters high. The city of Santo Domingo is on the southern coast of the island, built strategically at the mouth of the Ozama River, on the Caribbean Sea.

The majority of the nation’s GDP comes from services including transportation and tourism. The remainder is composed of industry (sugar refining, pharmaceuticals, cement, light manufacturing, construction) and agriculture (sugarcane, coffee, cocoa, bananas, tobacco, rice, plantains, beef). The nation’s economy has been steadily growing over the last decade. Due to improved telecommunications infrastructure, many national and international businesses have established headquarters in Santo Domingo. There is a large economic disparity within the city. In general, the high income families live within the central polygon of the city and the poor live on the city’s outskirts.

Though the Dominican Republic has a tropical monsoon climate, elevation and trade winds bring the nation’s average annual temperature to 25 °C (77 °F), with temperatures reaching 27°C (80.6 °F) in arid regions and occasionally dropping to freezing in the high mountain winters.

The temperature in the city of Santo Domingo is relatively constant, averaging around 24 °C (75.2 °F) in January and 27 °C (80.6 °F) in July. The monsoon rain season lasts from May to November. The country receives an average of 53.0 inches of rain annually with the highest levels of rainfall recorded in the mountainous northeast and southwestern valleys. The Dominican Republic experiences tropical storms and hurricanes. Hurricane season is from June until November, although historically hurricanes have occurred mainly from August to October.

The least expensive method to call between the US and Dominican Republic is by using VOIP such as Skype.

Similarly to call the US from Dominican Republic dial as you would in the US: 1 + areacode + 7 digit phone number.

The most common way to arrive in Santo Domingo, Dominican Republic from the states is by flying into the large international airport - Las Américas International Airport (SDQ).

How to arrive from the airport

We will pick you up.

Here is an incomplete list of items to pack or to buy when you get to Santo Domingo (which can be a fun way to get to know more about the area).

Optional: At Your Own Risk