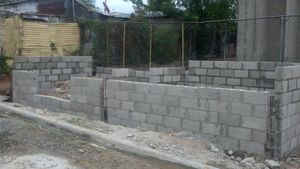 The destacamento in Las Malvinas as of July 1, 2014. Walls consist of traditional cement blocks as well as alternative coconut husk, newspaper, sawdust, and "Soviet" blocks.

The project to build a small destacamento has been at minimum several years in the making in the community of Las Malvinas. It had been brought up by residents of the community prior to 2014, but other projects, such as the construction of a small pharmacy, had taken priority. In the months of May through July, 2014 the destacamento was on the list of projects to be started by members of the community and the Practivistas. During a community meeting, the criteria (which are displayed below) were formulated and the search began for a suitable spot to begin construction. This spot was found along a section of one of the main roads through town. This area provides a great deal of accessibility. The destacamento will be built using some relatively environmentally friendly fibercrete blocks (also discussed below), but the idea of using an old shipping container was also evaluated. The minimum goal for the project in 2014 is to build the foundation and the platform on which the rest of the destacamento can be built. This goal was to be met by July 5, 2014.

The community of Las Malvinas is looking to decrease crime by constructing a destacamento. The objective of this project was to design and construct a destacamento using alternative blocks created by the block team. The block team created alternative cement blocks by using coconut husks, sawdust, rice ash, and newspaper mixed with cement.

This section includes the aspects that the group and community members decided to use for the project. The criteria and constraints were chosen based on how the project will be planned and evaluated. The criteria and weight ranking help determine how much effort will be invested for each different aspect.

See our Literature Review for relevant research completed for this project.

The final design was created with guidance from local police officers, community members, and traditional destacamento designs. The foundation was dug three feet deep all the way around and filled with rebar before being filled with concrete. The middle trench is used as support for the middle wall. The first room was designed to be bigger than the back room as it will serve as an entry and lobby for police officers stationed in Las Malvinas. The smaller back room will contain a holding cell as well as a bathroom.

This is the cost of materials for the foundation of the destacamento and the first layers of blocks for the walls. Prices are listed in Dominican Pesos.

Here is a timeline of events associated with the research, design, and construction of the Las Malvinas destacamento.

Mark where to dig foundation.

Tie rebar into forms for the foundation.

Tie rebar into forms for the foundation.

Pour concrete into foundation to the level of the rebar forms.

Lay bricks and fill in the gaps with cement.

Lay bricks and fill in the gaps with cement. 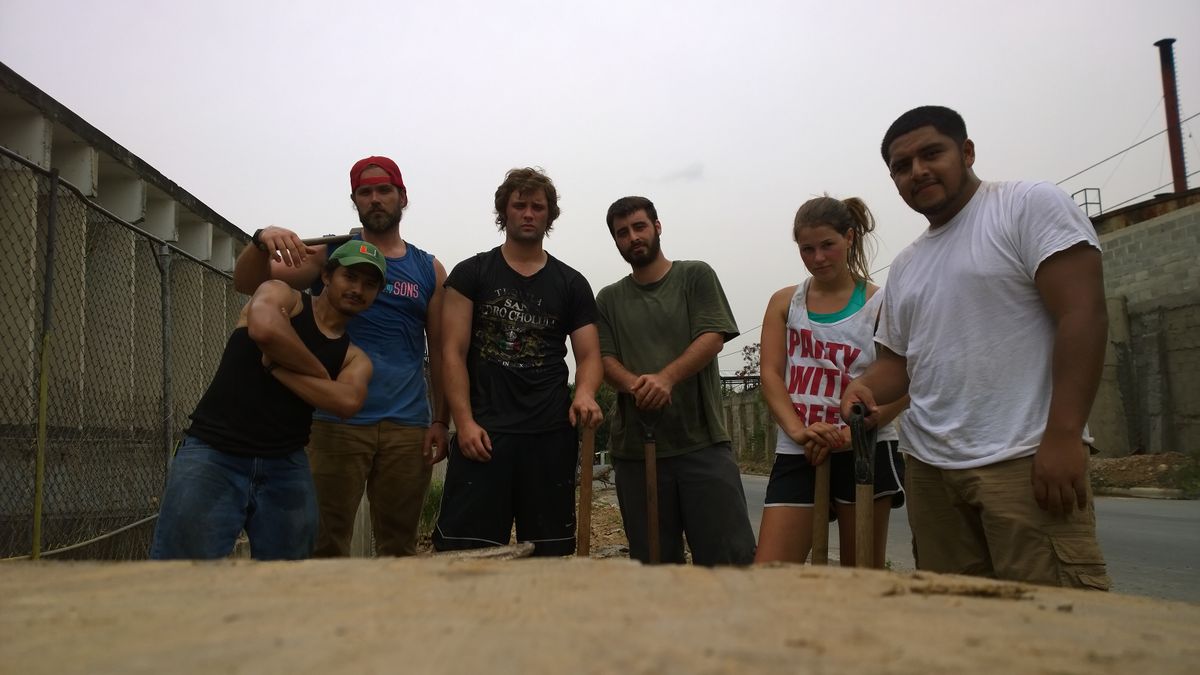