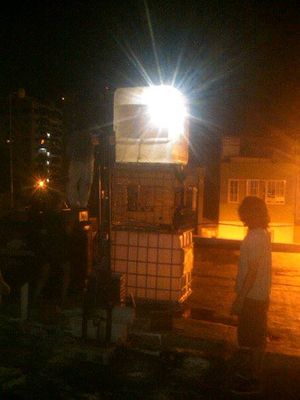 The streets are not the most suitable habitat for animals to live in. Animals are especially vulnerable when they need rehabilitation, recovery, and rest. Ghetto2Garden takes care of cats and dogs with reduced potential for adoption; that are deformed, blind, unwanted, elderly, and/or are terminally ill.

The Ghetto2Garden initiative was developed initially in an attempt to find an appropriate shelter to house 6 cats and 40 dogs. Currently Ghetto2Garden houses 50 dogs and 10 cats who have been rescued from the streets of Santo Domingo and provides these animals with a care facility where they can live the rest of their days in peace and happiness. This student involvement in this project is the result of the collaboration between Colectivo Revark and the Practivistas Dominicana Program in an attempt to bring sustainable construction and renewable energy to the construction of the shelter.

The objective of this Appropriate Technology project was to develop and construct a renewable energy system with Ghetto2Garden dog shelter program. We worked on putting together renewable energy for Ghetto2Garden to not only have a more dependable source of energy but to lessen carbon emissions. The renewable energy system will eventually be used to power a vaccination refrigerator and other miscellaneous units such as cell phone chargers and laptops. Solar energy was the most accessible and appropriate technology for Ghetto2Garden. The project consisted of two parts; Building a "Solar Power Cube", and constructing a "Solar Lighting Cube."

Because Ghetto2Garden was in the process of finding a new site for the animal refuge, the project took place in La Yuca. 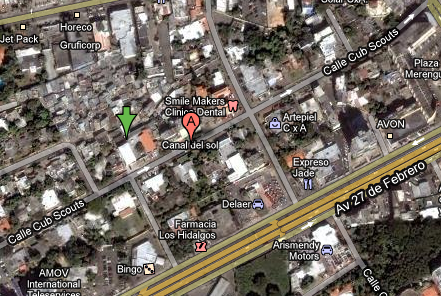 See the literature review done for the Ghetto2Garden project here.

The work of this project was done in collaboration with the architectural team RevArk and the father of the project, Tomás. The priorities associated with the criteria for the Recyclable Cubes were determined by discussion with the collaborators. 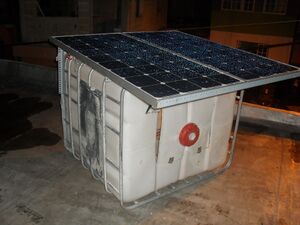 Colectivo ReVark, an experimental group that investigates applications of sustainable design and construction, designed a animal refuge for Ghetto2Garden. This animal refuge is designed to incorporate liquid shipping cubes as dog kennels which were coincidentally designed to double (or triple) as solar lighting cubes and a solar power cube. Other forms of alternative energy were considered, but solar energy turned out to be the most accessible and appropriate technology in this case. 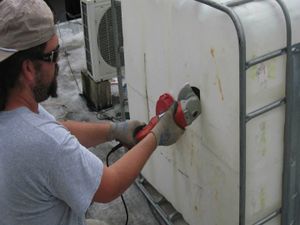 See Photovoltaics for more information about sizing a solar system, wire sizing, and the components of a system.

The solar lighting cube is planned to be a unit on top of each of the shelter structures that will provide lighting for the dog houses for approximately 3 hours without sun.

The individual solar lighting units were donated for our project.

As of October 2013 Ghetto2Garden houses 80 dogs and 13 cats. 55 of the dogs and 10 of the cats are sheltered in a large house where Tomas De Santis pays rent monthly. 12 dogs and the remaining 3 cats are sheltered in a different house. The remaining 13 dogs are sheltered in a third house. All three locations are in the city of La Yuca. Co- founders Wilfredo Mena Veras, Tomas De Santis, and their team will start building a new shelter before the end of October 2013. The shelter wil be built in the mountains, 40minutes outside the city of La Yuca. Their goal is to take these dogs from the streets of La Yuca "the ghetto" to the mountains "the garden".

So far 1700 block cylinders were donated by construction companies, almost enough to build the front gate of the shelter. These cylinders will be stacked high enough to provide visual protection for the dogs from the public. On top of the cylinders a wire fence will be installed to keep the animals inside, and for security. The mayor of La Yuca has lent them a tractor. They have also received 6 industrial containers, which will be reused to make living spaces at the new shelter for Tomas, a friend of Tomas, a helper, and a security guard. There is still a need for a foundation for the fence. More cylinders and wire fence are needed to build the rest of the gate. Funds are needed for dog food and contract workers to build the shelter. Above all volunteers are needed for all kinds of tasks.

The solar cubes built during El Practivistas Dominicana have not been installed because the new shelter has not been built. The solar cubes are currently stored in Osvaldo's home, a director of La Yuca community who helped build them. The rest of the materials are also in storage to prevent theft. 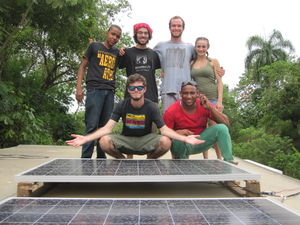 As of Summer 2014, Ghetto2Garden has moved to a more secure location, is housing even more dogs and cats, and now has a fully functioning photovoltaic system. See Ghetto2Garden renewable energy 2014.