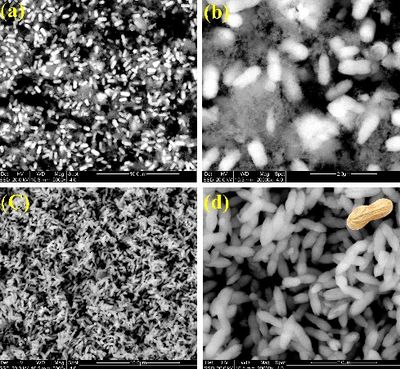 Abstract
This paper describes a simple, low-temperature and cost effective chemical precipitation method in aqueous media to synthesis uniformly distributed zinc oxide (ZnO) microstructures for the fabrication of dye-sensitized solar cells (DSSCs). The size and morphology of the ZnO microstructures are systematically controlled by adjusting the concentration of the precursors, zinc acetate dihydrate and ammonium hydroxide. X-ray diffraction (XRD) and scanning electron microscopy (SEM) are used for the structural characterizations and photoluminescence and Fourier transform infrared spectroscopy are used to characterize the optical properties of the ZnO, respectively. The results reveal that ZnO crystallites exhibit hexagonal wurtzite structure with preferential orientation along c-axis. The effect of ammonia concentration on the crystallinity, morphology and optical properties of ZnO microstructures and the concomitant effect on the efficiency of dye-sensitized solar cells is also quantified. The peanut-shaped ZnO microstructure, which was found to increase DSSCs performance over other microstructure, is studied in detail in order to develop a formation mechanism. A sandwich type eosin yellow sensitized solar cell is prepared using peanut-shaped ZnO microstructures, which showed an efficiency of 0.37%. Ammonia was found to play a crucial role in the evolution of ZnO morphologies. These results are promising and provide a path towards low-cost high-performance DSSCs based on peanut-shaped ZnO microstructures and produced with only relatively simple wet chemistry synthesis.