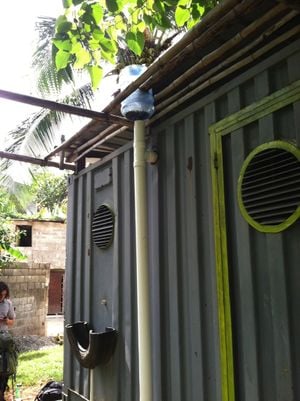 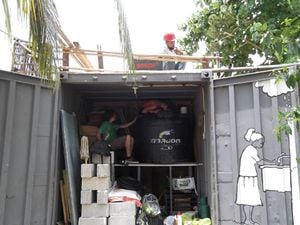 The Practivistas Domincana Program is currently a study abroad program involving Cal Poly Humboldt and UNIBE that takes place in Santo Domingo, Domincan Republic. The rainwater catchment system in Las Malvinas in Santo Domingo was first constructed in 2011 by Intelegencia Colectivo from UNIBE. The water from this system was used for washing but was not potable.

This final design requires consistent upkeep in order to reduce the amount of contaminants. Periodically OR Every Few Rainfalls

Page data
Retrieved from "https://www.appropedia.org/w/index.php?title=Las_Malvinas_rainwater_catchment_system_2013&oldid=639613"
Cookies help us deliver our services. By using our services, you agree to our use of cookies.
Categories:
About Appropedia · Policies · Contact · Content is available under CC-BY-SA-4.0 unless otherwise noted.