Our job in Las Malvinas was to see if the local factory roof was a fitting place to put a rainwater catchment system for the community. We took dimensions of the area, made a design, calculated potential costs, and the payback that the system would have. It is possible that a future practivistas group could use this information to decide if a catchment system in this location would be feasible for future applications.

The location for the possible catchment system is in Las Malvinas, Dominican Republic. The 2014 Practivistas rainwater catchment team is partnering up with the local community to assess the feasibility of a rainwater catchment project in the future. The catchment system would be implemented on a large 120' x 200' textile factory in the heart of Las Malvinas, and would benefit a part of the community that does not currently have water pumped to it. The area seems to get a lot of rain so the location, geographically, seems to fit expectations for a successful catchment system. The goal is to balance the design and cost with the buyback time and social impact of adding this system to the community.

Our objective for the Las Malvinas feasibility study for the 2014 Practivistas Dominicana Program is to research and compare our results to find out if the Las Malvinas textile factory would be an appropriate location for a future rainwater catchment system.

Here is the literature review link for the information we collected to help us understand and review information that will allow us to assess a fesability study that would be appropriate for a rainwater catchment system in Las Malvinas for future Practivistas Dominicana programs.

Below is a compilation of applied research and analysis for the possible future rainwater catchment system on the textile factory in Las Malvinas.

Based on the assumption that there are at least 300 people in the Las Malvinas community that will be using the water and a family of 3 uses about 50 gallons a day of water, the monthly average usage of water in Las Malvinas is 45,000 gallons of water a month for the whole community. Using a rainwater catchment calculator spread sheet that can be found here - (File:Lasmalvinasfeasibility.xlsx), we were able to make a buyback graph too see how long it would take to pay off the proposed system on the textile factory. We are also assuming that the community is catching the rainfall with 90% efficiency.

The table below is an estimation of the potential costs for creating a rainwater catchment system at one of the textile factories location in Las Malvinas. It must be noted that the building already has gutters and can be utilized when designing the catchment system. There might be unforeseen costs that have not been taken into account for which have been accounted for in the payback period analysis.

This graph illustrates the time it would take for this system to pay itself back in the form of drinkable water. This system will pay itself off in just a few months assuming that the system will catch and use 20% of all rainfall for each given month. This is because there is so much water being caught on that roof and with only four tinacos, there physically cant be enough storage to store all of that water being directed into the tinaco. The system adds 3400 DOP every year. Because this is a feasibility study, the price of the system is just a educated assumption; therefore, this system is being based on a 50,000 DOP cost. Also, because Las Malvinas is such a poor community the price for water has been adjusted to take into account certain social factors, like if the community is really paying for all of its water; therefore, the price reduction takes into account other ways of getting the same amount of water without paying. Because the roof is so large and there is a lot of rainfall in Santo Domingo, theoretically the system will pay itself off in a very short amount of time, yet it is important to note that both the cost of the system may increase if actually implemented and the amount of water used and the amount of water that remains stored in the tinaco is absolutely variable and is impossible to quantify until actually implemented. 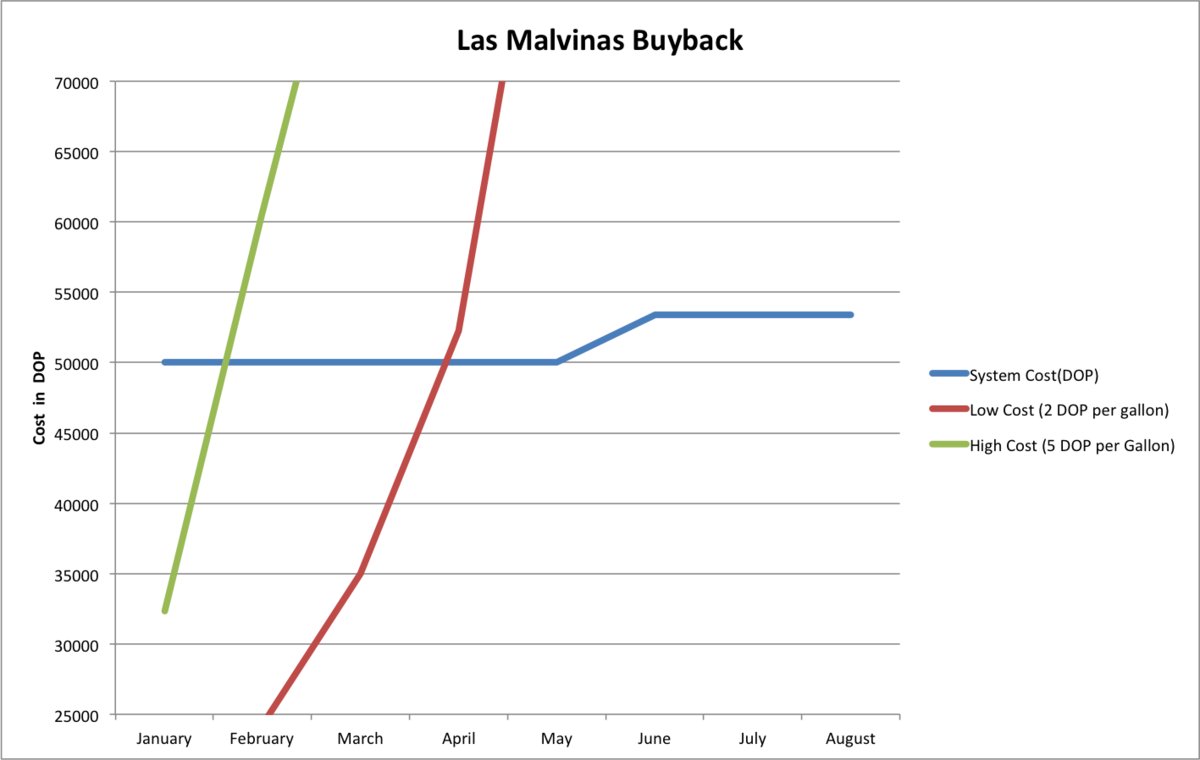 The impacts of this proposed system would be huge in a positive way on the local community. The proposed system would pay itself off in an incredibly short amount of time; whereas, costs usually are one of the biggest limiting factors for implementing certain solutions to more rural communities. Also, a centralized water system could help connect all parts of Las Malvinas and give an opportunity to educate members of the community about what catchment could do as a viable, sustainable, and secure source for clean drinking water. If this system were implemented and started saving local community members money, they could then use their money and resources on other things and projects. Historically, it has been shown that women usually are in charge of getting water in rural communities. Allowing women to not have to worry about always having safe drinking water, especially when money is tight, will allow the whole family to have more peace of mind and security.[1] After seeing a localized and large scale water project get implemented and work, perhaps the next project could be getting electricity to most homes in the community; for the locals will be much more willing to a large scale project after seeing one get implemented successfully. 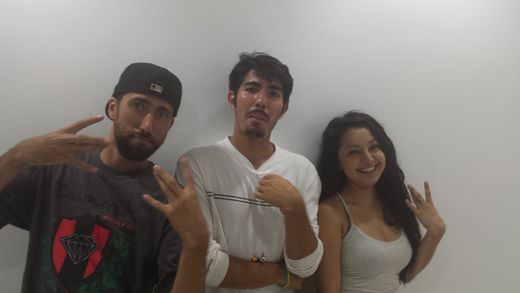