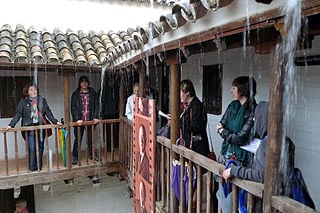 Jane’s Walk is a series of neighbourhood walking tours. Named after urban activist and writer Jane Jacobs, Jane's Walks are held annually during the first weekend in May to coincide with her birthday.

Jane's Walks are led by volunteers, and are offered for free. The walks are led by anyone who has an interest in the neighbourhoods where they live, work or socialise. They are not always about architecture and heritage, and offer a more personal take on the local culture, the social history and the planning issues faced by the residents.

Since its inception in 2007, Jane’s Walk has happened in cities across North America and around the world. In 2014, over 40,000 people took part in a Jane's Walk led by volunteers in 134 cities across 6 continents. W

Some cities that have participated in Jane's Walk[edit | edit source]