From Appropedia
Redirected from Ireland 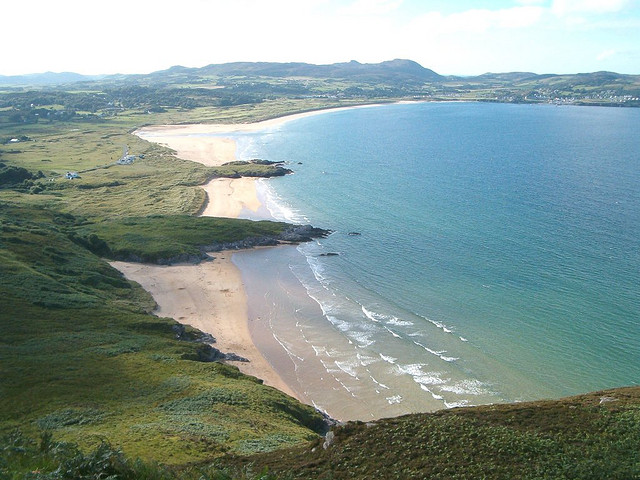 Ireland ( (listen) IRE-lənd; Irish: Éire [ˈeːɾʲə] (listen); Ulster-Scots: Airlann [ˈɑːrlən]) is an island in the North Atlantic Ocean, in north-western Europe. It is separated from Great Britain to its east by the North Channel, the Irish Sea, and St George's Channel. Ireland is the second-largest island of the British Isles, the third-largest in Europe, and the twentieth-largest on Earth.

Geopolitically, Ireland is divided between the Republic of Ireland (officially named Ireland), which covers five-sixths of the island, and Northern Ireland, which is part of the United Kingdom. In 2011, the population of Ireland was about 6.6 million, ranking it the second-most populous island in Europe after Great Britain. As of 2016, 4.8 million lived in the Republic of Ireland, and 1.8 million in Northern Ireland.

The geography of Ireland comprises relatively low-lying mountains surrounding a central plain, with several navigable rivers extending inland. Its lush vegetation is a product of its mild but changeable climate which is free of extremes in temperature. Much of Ireland was woodland until the end of the Middle Ages. Today, woodland makes up about 10% of the island, compared with a European average of over 33%, and most of it is non-native conifer plantations. There are twenty-six extant land mammal species native to Ireland. The Irish climate is influenced by the Atlantic Ocean and thus very moderate, and winters are milder than expected for such a northerly area, although summers are cooler than those in continental Europe. Rainfall and cloud cover are abundant.

Irish culture has had a significant influence on other cultures, especially in the field of literature. Alongside mainstream Western culture, a strong indigenous culture exists, as expressed through Gaelic games, Irish music, Irish language and Irish dance. The island's culture shares many features with that of Great Britain, including the English language, and sports such as association football, rugby, horse racing, golf, and boxing.

FoodCloud - Greenside Up - Irish Farmers Markets - The Organic Centre - Wikipedia:GIY Ireland: registered charity based in Ireland that aims to give its members the skills and confidence needed to grow vegetables and fruit successfully. - Social Hops - Community Hop Project

Ireland (whole country) is part of the sharing cities network

Meitheal (IPA: [ˈmʲɛhəlˠ]) is the Irish word for a work team, gang, or party and denotes the co-operative labour system in Ireland where groups of neighbours help each other in turn with farming work such as harvesting crops.

The term is used in various writings of Irish language authors. It can convey the idea of community spirit in which neighbours respond to each other's needs. In modern use for example, a meitheal could be a party of neighbours and friends invited to help decorate a house in exchange for food and drink, or in scouting, where volunteer campsite wardens maintain campsites around Ireland.

Basic Income Ireland - Feasta, foundation for the economics of sustainability

November 28 - Launch of 'A Vision for Galway 2030' Transition Galway