From Appropedia
Redirected from Wiltshire 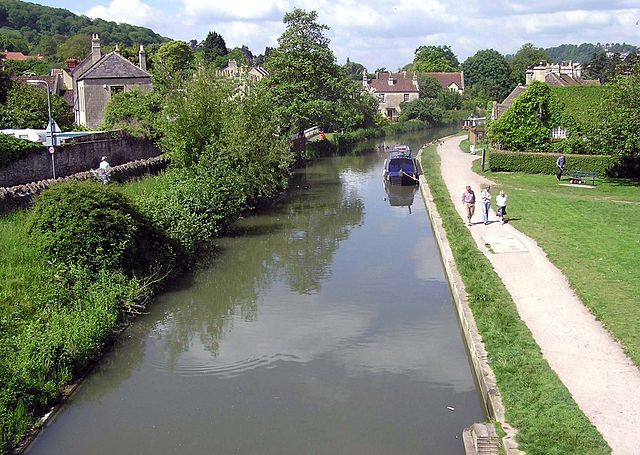 Wiltshire (; abbreviated Wilts) is a historic and ceremonial county in South West England with an area of 3,485 km2 (1,346 square miles). It is landlocked and borders the counties of Dorset to the southwest, Somerset to the west, Hampshire to the southeast, Gloucestershire to the north, Oxfordshire to the northeast and Berkshire to the east. The county town was originally Wilton, after which the county is named, but Wiltshire Council is now based in the county town of Trowbridge. Within the county's boundary are two unitary authority areas, Wiltshire and Swindon, governed respectively by Wiltshire Council and Swindon Borough Council.

Wiltshire is characterised by its high downland and wide valleys. Salisbury Plain is noted for being the location of the Stonehenge and Avebury stone circles (which together are a UNESCO Cultural and World Heritage site) and other ancient landmarks, and as a training area for the British Army. The city of Salisbury is notable for its medieval cathedral. Important country houses open to the public include Longleat, near Warminster, and the National Trust's Stourhead, near Mere.

Wiltshire Wildlife Trust is a charity based in Devizes, England which owns and manages 40 nature reserves in Wiltshire and Swindon. It is one of 46 Wildlife Trusts across the United Kingdom.

The trust works to encourage Wiltshire's communities to live sustainable lifestyles that protect the environment, engaging the public on issues such as recycling. It is active in schools and community projects and it works with people experiencing mental health issues, using the environment as a tool to mental and physical well-being. W

The Cotswold Water Park is the United Kingdom's largest marl lake system, straddling the Wiltshire–Gloucestershire border, northwest of Cricklade and south of Cirencester. There are 180 lakes, spread over 42 square miles (110 km2).

The park is a mix of nature conservation activities, including nature reserves; recreation, including sailing, fishing, a country park and beach with water sports and play areas; rural villages; and holiday accommodation. It is a significant area for wildlife and particularly for wintering and breeding birds. The local wildlife trusts (Gloucestershire and Wiltshire) are involved in partnership with the Cotswold Lakes Trust charity in working with local communities and organisations in the area.

The county has a green belt mainly along its western fringes as a part of the extensive Avon Green Belt. It reaches as far as the outskirts of Rudloe/Corsham and Trowbridge, preventing urban sprawl particularly from the latter in the direction of Bradford-on-Avon, and affording further protection to surrounding villages and towns from Bath in Somerset.

The Reading to Bath section of National Cycle Route 4 follows the Kennet and Avon Canal. Some sections use the canal towpath, while others are on low-traffic roads. Approaching Bath, Route 24 and the Two Tunnels Greenway provide an alternative route, rejoining Route 4 to the west of the city centre. W

From Wikipedia:Kennet and Avon Canal

The Kennet and Avon Canal is a waterway in southern England with an overall length of 87 miles (140 km), made up of two lengths of navigable river linked by a canal. The name is used to refer to the entire length of the navigation rather than solely to the central canal section. From Bristol to Bath the waterway follows the natural course of the River Avon before the canal links it to the River Kennet at Newbury, and from there to Reading on the River Thames. In all, the waterway incorporates 105 locks.

The two river stretches were made navigable in the early 18th century, and the 57-mile (92 km) canal section was constructed between 1794 and 1810. In the late 19th and early 20th centuries, the canal gradually fell into disuse after the opening of the Great Western Railway. In the latter half of the 20th century the canal was restored in stages, largely by volunteers. After decades of dereliction and much restoration work, it was fully reopened in 1990. The Kennet and Avon Canal has been developed as a popular heritage tourism destination for boating, canoeing, fishing, walking and cycling, and is also important for wildlife conservation.

Wiltshire's solar boom so big now more than half the homes can be powered by the sun, January 24 [3]

Page data
Retrieved from "https://www.appropedia.org/w/index.php?title=Wiltshire_community_action&oldid=641806"
Cookies help us deliver our services. By using our services, you agree to our use of cookies.
Categories:
Maintenance categories:
Comments
Privacy policy · About Appropedia · Disclaimers · Mobile view · Content is available under CC-BY-SA-4.0 unless otherwise noted.
</html