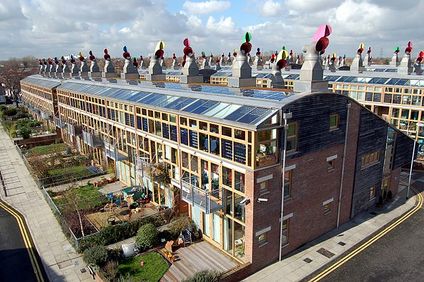 The Borough has some of the schools with the best results in the country. A Trust for London and New Policy Institute report noted that Sutton had the highest rate in London of pupils achieving 5 A* – C GCSEs. In December 2014 Sutton was described by a senior Government official as the most "normal place in Britain". In connection with this, the leader of Sutton Council described the borough as "quietly brilliant", and noted that 91% of residents say it is "a great place to live".

Low levels of recorded crime are a feature of the borough, being among the lowest in London. An Ipsos MORI poll in 2014 found that 97% of residents felt safe in the borough during the day, and 71% felt safe at night, a higher figure than in 2011.

The 2014 Family Hotspots Report, on the best places in England and Wales for families to live, placed three areas within the borough among the top 10 places in London. The areas were identified as postcodes SM1, SM2 (Sutton town) and SM3 (Cheam). A Rightmove study in 2015 found that Sutton was the fourth happiest borough in which to live out of 33 in London.[9] It achieved the same placing in the 2016 survey.

In 2014, a survey by eMoov (Property Hot Spot Index) found Sutton to be the easiest place in the country in which to sell a property. It was shown in a national detailed Land Use Survey by the Office for National Statistics in 2005 that the London Borough of Sutton had the highest proportion of land taken up by gardens, 35.1%, of any district in England.

The London Borough of Sutton was one of the four "vanguard areas" selected in 2010 for the Big Society initiative. W

Beddington Zero Energy Development (BedZED) is an environmentally friendly housing development in Hackbridge. It is 2 miles (3 km) north-east of the town of Sutton itself. Designed to create zero carbon emissions, it was the first large scale community to do so. W