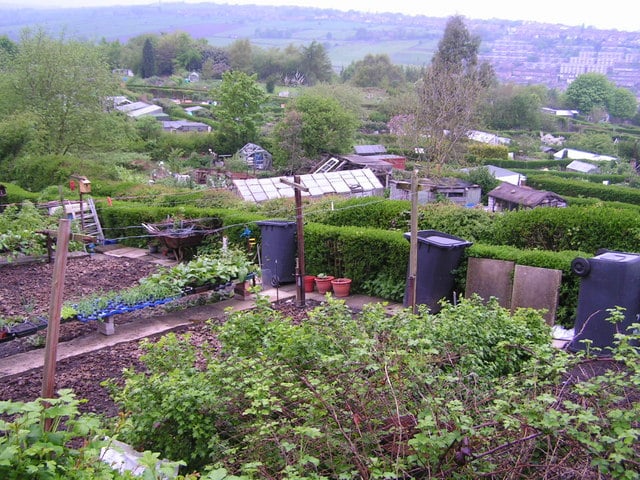 The city is in the eastern foothills of the Pennines, and the valleys of the River Don and its four tributaries. W

Sixty-one per cent of Sheffield's entire area is green space, and a third of the city lies within the Peak District national park. There are more than 250 parks, woodlands and gardens in the city, which is estimated to contain around 4.5 million trees. W

For cycling, although hilly, Sheffield is compact and has few major trunk roads. It is on the Trans-Pennine Trail, a National Cycle Network route running from West to East from Southport in Merseyside to Hornsea in the East Riding of Yorkshire and North to South from Leeds in West Yorkshire to Chesterfield in Derbyshire. There are many cycle routes going along country paths in the woods surrounding the city.[1]

The Sheffield and South Yorkshire Navigation (S&SY) is a system of navigable inland waterways (canals and canalised rivers) in Yorkshire and Lincolnshire. Chiefly based on the River Don, it runs for a length of 43 miles (69 km) and has 29 locks. It connects Sheffield, Rotherham, and Doncaster with the River Trent at Keadby and (via the New Junction Canal) the Aire and Calder Navigation.[2]

Regather, trading cooperative based in the Little Sheffield

Feb 16 The Platform - 'Sheffield Re-imagined 2017: A Manifesto for a Better Sheffield

"I wanted ordinary citizens to feel like they owned the chamber". A mindful review of ex-Mayor of Sheffield Magic Magid's The Art of Disruption, Mar 26[3]

Sheffield is on a quest to be the fairest city of them all – here's how it's doing, May 9[7]

Death of the high street? Rise of the DIY grassroots community venue... February 6[8]

Sheffield: The beauty of small in a region getting bigger, December 10[9]

Foundations for a fairer city, September 30[11]

Hundreds Get On Their Bikes to Demand #Space4Cycling in Sheffield, May 20[12]