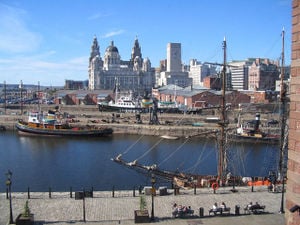 Liverpool is a city and metropolitan borough in Merseyside, England. Its population in 2019 was approximately 498,042, making it the tenth-largest English district by population. Liverpool's metropolitan area is the fifth-largest in the UK with a population of 2.24 million. W

Walton Hall Park Community, campaign to "help save OUR park" on change.org

Friends of The Flyover

The new enclosure: how land commissions can lead the fight against urban land-grabs, Dec 9[1]

A City Reimagined, Bernadette McBride, May 18[3]

The Liverpool app that sidesteps the banks, Sep 14[4]

Liverpool City Council unveils its "cycling revolution", but are its targets unambitious?[8]