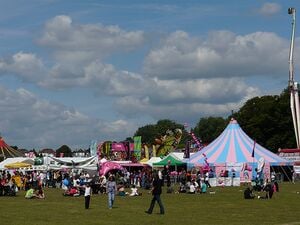 Ealing is the third largest London borough in population and eleventh largest in area, covering part of West London and a small part of Northwest London. It bridges Inner and Outer London. Ealing's administrative centre is in Ealing Broadway. Ealing London Borough Council is the local authority. Ealing has long been known as the "Queen of the Suburbs" due to its many parks and tree-lined streets; the term was coined in 1902 by Ealing's borough surveyor, Charles Jones. This is reflected by the tree emblem seen on the Ealing Council logo and Ealing's coat of arms.

From Wikipedia:Parks and open spaces in the London Borough of Ealing

The London Borough of Ealing, one of the outer London boroughs although not on the periphery, has over 100 parks and open spaces within its boundaries. These include allotments, cemeteries, playgrounds, and golf courses in addition to the larger open spaces such as nature conservation areas.

From Wikipedia:Parks and open spaces in the London Borough of Ealing § Allotments

Across the London Borough of Ealing there are 63 allotments sites. Most are council-owned but a few are independent.The allotments in this part of London dramatically increased during World War II as part of the government effort to feed the nation. To encourage the uptake of allotment plots by people who had no access to a garden themselves, a campaign was waged under the slogan “Dig for Victory”. Towards the later end of the 20th century they became popular again amongst the growing ethnic communities, as a source of some of their more familiar and traditional vegetables which were otherwise unobtainable in British shops. Some local organisations have now formally recognised some of the benefits that come from working on allotments and actively encourage their use.Ealing Council has also signed up to the Unitary Development Plan which it is hoped will safeguard the existing allotments from building developers.

Northfield Allotments are allotments in the Northfields district of Ealing. They are the oldest allotments in London, having been created from common land in 1832 as Ealing Dean Common Allotments. Originally, their area was over twenty acres but this has been reduced by encroachment, taking about 60% of the land for other developments. The remaining allotments are recognised as an asset of community value and Site of Importance for Nature Conservation.