From Appropedia
Redirected from Barking and Dagenham 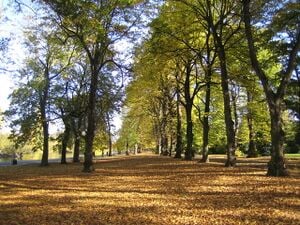 Barking Park The Lake is to the left. October 2007. Attribution: Nigel Cox
Location data
From Wikipedia:London Borough of Barking and Dagenham

Every One Every Day[edit | edit source]

weareeveryone.org, the Every One Every Day initiative, a five-year initiative that will cover the entire London borough of Barking and Dagenham.

With groundbreaking funding totaling $8.5 million, the project — which began in November — aims to work with over 25,000 people, creating 250 projects, and 100 businesses. It may feature many of the projects that occurred in West Norwood (an earlier program about how and why people participate in community activities), but will also include retrofitting an old warehouse to create a makerspace where businesses in food, manufacturing, or retail can incubate and flourish. Essentially, Britton and her colleagues are making a giant bet that collaborative city living — that is, a giant urban village — will improve the health, finances, and overall well-being of Barking and Dagenham's residents.

But right now, exactly what those projects will look like is unknown, and that’s because the area's residents will come up with the ideas themselves. While Every One Every Day sounds like a top-down initiative, it's not. The organizers will help with infrastructure and provide support, but by and large, they'll simply be creating an atmosphere that builds on already-occurring activity and encourages residents’ involvement and sense of ownership.

After all, facilitating genuine participation among members of an urban village or other collective gathering isn't particularly easy. Some people wind up taking on too much responsibility, and everyone frequently has to wade through long discussions to come to an agreement. Britton and her colleagues acknowledge that while public participation is likely the key to a more healthy, egalitarian future, getting there can be challenging.

So they spent their time in West Norwood looking at what works and developing best practices, and now they’ll apply them in this new project. "We're trying to be completely person-centered," says Britton. Activities will be short and close to home, groups will be welcoming and non-threatening, and the aesthetic will be cheerful. "We're serious about trying to chop down every barrier possible so everyone can participate. We're enticing people back into public life, inviting them, making it exciting," she says.

It certainly worked for Trevor. Following the West Norwood project, he quit his job with London's transport authority and is now working with Britton on the new initiative. He's confident the same thing can work in Barking and Dagenham. "One thing leads to another, then another, then another — and suddenly you have all those people engaged," he says.

Barking and Dagenham is one of London's poorest boroughs, and one of a handful of boroughs that voted for Brexit, making the experiment particularly intriguing and important. The goal, ultimately, is to utilize the growing "participation culture" to build resilience and build community.

After all, in a world where the social fabric seems to be rapidly fraying, the economy is uncertain, and the future of the planet is at risk, is there a better way to hit the reset button than to come back to the neighborhood level and begin to genuinely rely on one another again? [1]

From Wikipedia:London Borough of Barking and Dagenham § Cycling

Cycle Superhighway 3 begins in Barking, to the south of Greatfields Park, linking the Borough to Canary Wharf, the City of London and the City of Westminster via a bike freeway, most of which is segregated from other road traffic. TfL plan to extend the cycle network to Barking Riverside in the future, for which the first consultations closed in winter 2019.

Every One Every Day, new makerspace opens in London. [4] Mar 20

Could this community project be the start of a national transformation? George Monbiot. [5] Jan 24

Viewpoint: Imagine a future that works – for Every One, by Every One, Nov 30 [6]

The Festival of Everyone announces full programme of events across the borough this Saturday, Nov 24 [7]

Why We're Bringing A Hackathon To Barking And Dagenham, Sep 29 [8]